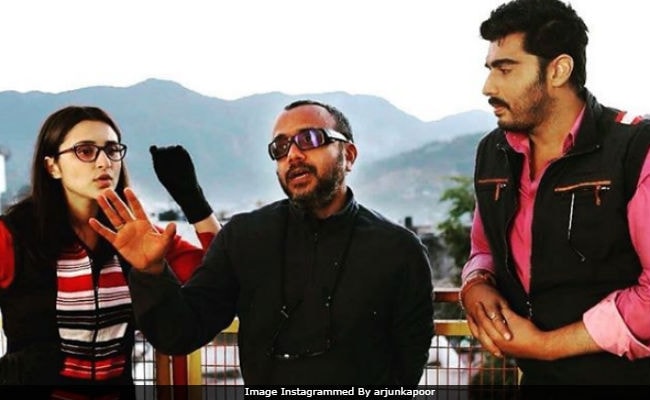 Here's the picture which Arjun shared.

So I just wrapped my 10th film with my first ever co star @parineetichopra !!! We've come a long way...it's been amazing working with Dibakar Banerjee & his team who have madness energy zest and clarity hope u guys like what we come up with on 3rd August kyunki #SandeepaurPinkyFaraar hone wale hai !!! @sapfthefilm @yashrajfilmstalent @yrf

Arjun plays a cop in Sandeep Aur Pinky Faraar. The film tracks the story of a man and a woman, who are completely opposite to each other, but suspicion and hate, reunite them.

Here's Arjun and Parineeti's look from the film.

Of their look, Parineeti earlier told news agency IANS, "I think Arjun is really sexy in his first look, I think he looks great in uniform. My look is completely new... so is the film. I am really excited to show my look for the film."

Parineeti, who shares a special bond with Arjun, told DNA, "If anybody says anything negative about him, I'm there in the front row, fighting for him and defending him. I can even kill for him. I can't hear anyone saying anything bad about Arjun because I have this undying love for Arjun."

Sandeep Aur Pinky Faraar will be Arjun and Parineeti's second film together and meanwhile, they are ready to star in Namastey Canada, their third project.