Samantha Ruth Prabhu's Note Is A "Self-Appreciation Post." See What She Wrote

"I am superhuman for pulling through today's workout," wrote Samantha Ruth Prabhu 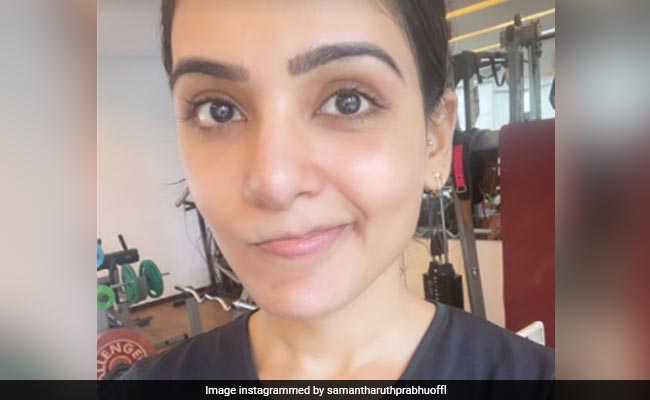 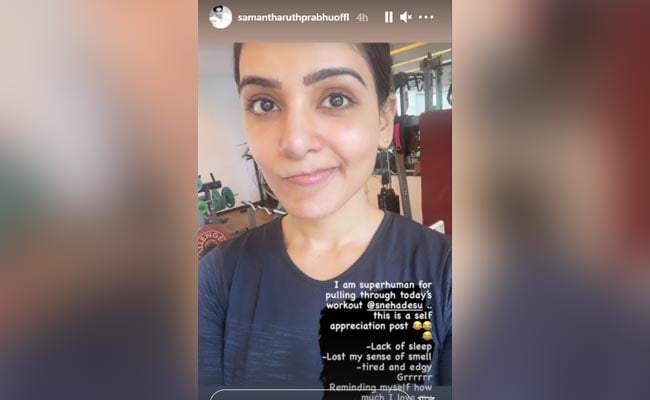 The actress trended bug time after she changed her name on her social media handles. In an interview with Film Companion, she addressed the hype around her name change and said, "The thing is, even with trolling for The Family Man or this, I don't react to them. That is how I have always been. I don't react to this kind of noise and I don't intend on doing so as well."

Samantha Ruth Prabhu has starred in films such as Ye Maaya Chesave, Rangasthalam, Neethaane En Ponvasantham, Yeto Vellipoyindhi Manasu, Seethamma Vakitlo Sirimalle Chettu, Majili (in which she co-starred with her husband Naga Chaitanya), Jaanu and Oh! Baby. She will next be seen in Kaathuvaakula Rendu Kaadhal and Shaakuntalam.