Samantha Ruth Prabhu Pens A Long Note After Being Trolled For Her Dress: "Focus On Bettering Ourselves"

"Stop judging a woman based on the hemlines and necklines," Samantha Ruth Prabhu 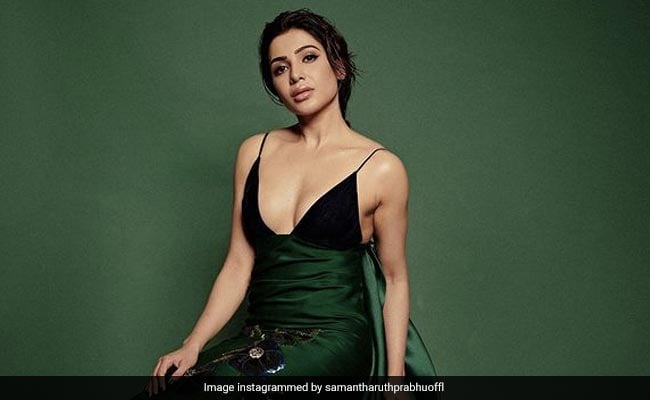 Southern beauty Samantha Ruth Prabhu hit back at her trolls who criticised her outfit. The actress, on Saturday, wrote a long note talking about how women are easily judged for the clothes they wear. In the post, she asked the people to focus on "bettering" themselves instead of "judging a woman based on their hemlines and necklines". "As a woman, I bear firsthand knowledge of what it means to be judged. We judge women based on what they wear, their race, education, social standing, appearance, skin tone and the list goes on and on. Making snap judgements about a person simply based on the clothes they wear is quite literally the easiest thing one can do," Samantha's post read.

She continued, "Now that we're in the year 2022 - can we finally stop judging a woman based on the hemlines and necklines she adorns and focus instead on bettering ourselves? Turning that judgement inward and training it on one's own self is evolution. Projecting our ideals on someone else never did anyone any good. Let's gently rewrite the way we measure and understand a person," Samantha's post read. 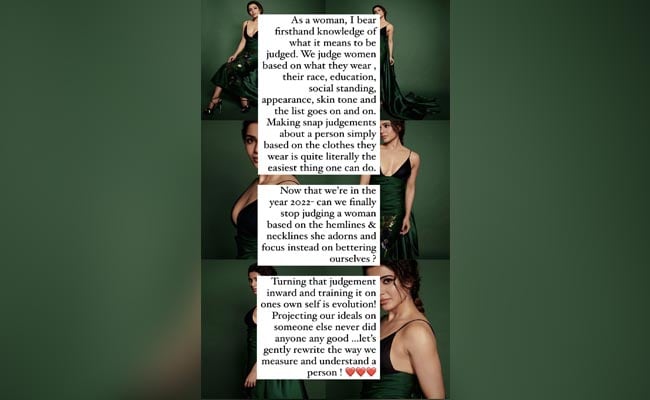 A few days ago, Samantha Ruth Prabhu shared a scintillating picture on her Instagram post, wherein she wore an emerald green and black floor-length gown with a plunging neckline. She kept her makeup game on point and completed her look with black pointed heels. The actress made a stunning appearance at an award show in Mumbai. Sharing the picture she wrote, "One of my most favourite looks". Check out below:

On the work front, Samantha has several films in her kitty that are scheduled to release this year, namely Kaathu Vaakula Rendu Kaadhal, Shaakuntalam and Yashoda.