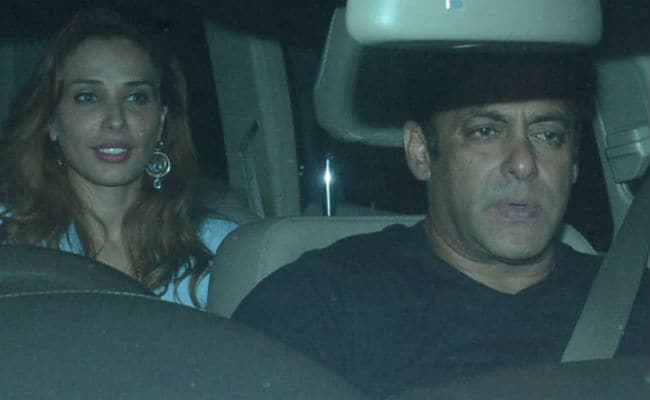 New Delhi: Salman Khan and Katrina Kaif both attended Sonam Kapoor and Anand Ahuja's wedding reception last night. Some videos of them interacting at the venue have also surfaced the Internet. Meantime, the superstar's rumoured girlfriend Iulia Vantur's post on Instagram kept folks very busy. The post, which is now deleted, read as, "Perhaps the biggest mistake I made in the past was that I believed love was about finding the right person," DNA reported. She has also shared another post the caption of which reads, "No matter what you do or say, some people will always find a tangent or a "reinterpretation". So just laugh it off and enjoy your life!" The Internet thinks Iulia's posts are targeted to Katrina and Salman.

No matter what u do or say, some people will always find a tangent or a "reinterpretation". So just laugh it off and enjoy your life! #chill #relax #live #life #enjoy #stopnegativity #begood #dogood #

Salman Khan, 52, and Iulia Vantur, 37, have reportedly been dating for some time now but have never admitted to a romance. She is a Romanian TV presenter and debuted in Bollywood as a singer. She has recorded her first song, titled Every Night And Day, with Himesh Reshammiya.

Promoted
Listen to the latest songs, only on JioSaavn.com
Salman Khan and Katrina, whom he reportedly dated earlier, recently made the blockbuster film Tiger Zinda Hai together. Katrina has also visited Mumbai's Siddhivinayak Temple along with Salman's sister Arpita ahead of his hearing in the blackbuck poaching case in Jodhpur. Salman was sentenced to five years in prison after which he spent two days in a Jodhpur jail. He was given bail later.

Salman has reportedly roped in Iulia to sing a romantic song in Race 3, his highly-anticipated release of this year.