Anaz Qureshi, the former bodyguard had to be overpowered using ropes and fishing net before he could be taken into custody by the police 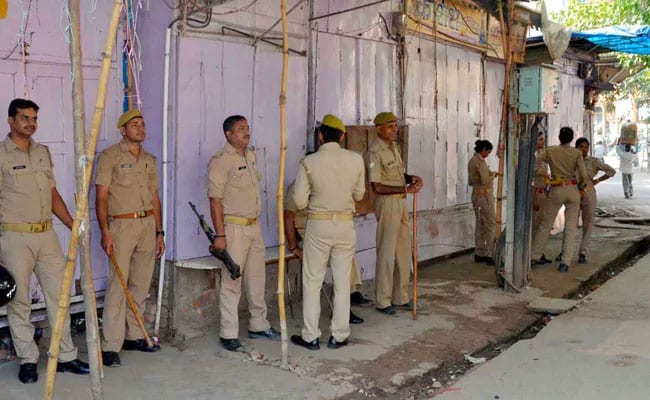 High on steroids, a former bodyguard of actor Salman Khan created a ruckus in Moradabad on Thursday.

Anaz Qureshi, the former bodyguard had to be overpowered using ropes and fishing net before he could be taken into custody by the police.

On Thursday, local residents were shocked and frightened to see a bare-chested Qureshi roughing up pedestrians and hurling bricks at the vehicles. He later got hold of an iron rod and vandalised several cars parked on the stretch.

A video of the incident, which later went viral, showed hundreds of people, along with local police and fire brigade team, trying to get hold of the bodybuilder.

Police reports said Qureshi had consumed an overdose of steroids and lost his mind as a side-effect. He was taken to the district hospital from where he was referred to Bareilly mental hospital.

According to his neighbours, Qureshi, who works as a bouncer in Mumbai, used to serve as part of Salman Khan's private security headed by Shera until around two years ago.

He is currently deployed in the security of a minister in Maharashtra.

A resident of Peer Gaib locality under Mughalpura police station of Moradabad, Qureshi had arrived in his hometown only 10 days ago. Two days ago, he had participated in Mr Moradabad championship and was declared the first runner-up.

According to the police, he was a bit upset after losing the bodybuilding title and had an overdose of steroids before going to gym on Wednesday evening.

Circle Officer Rajesh Kumar said, "After completing his power lifting sessions at the gym, he came home and went to the bed after dinner. On Thursday morning, when he woke up, he had lost his mind due to the drug's side-effect. Within a few minutes, he ran out of his house and had shattered glasses of the cars parked there."

Station House Officer Gajendra Singh said Qureshi was named in a rape case in 2017. "He was arrested and sent to jail after one of his relatives alleged rape. He later got bail," Singh said.

(Except for the headline, this story has not been edited by NDTV staff and is published from a syndicated feed.)
Comments
salman khan ex bodyguardmoradabad