Salman Khan's Heartbreaking Post On Death Of Nephew Abdullah: "Will Always Love You" 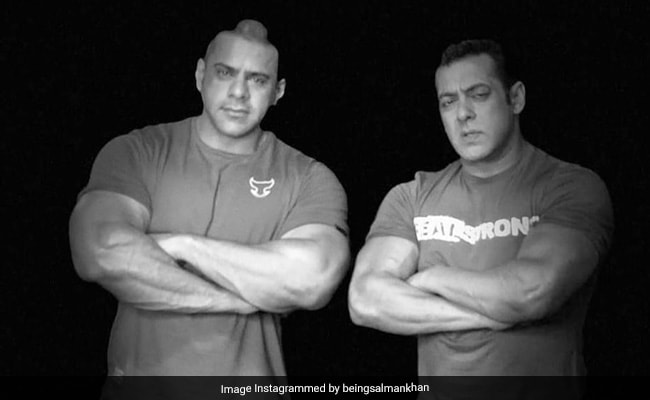 A file photograph of Salman and Abdullah Khan. (courtesy: beingsalmankhan)

Salman Khan, on Monday night, announced the death of his nephew Abdullah Khan, in an Instagram post. The 54-year-old actor shared a grey scale throwback picture with Abdullah and he wrote: "Will always love you." Abdullah Khan, who was frequently spotted with Salman, often did fitness training with the actor. He was reportedly admitted to Mumbai's Kokilaben Hospital and the cause of death has not been revealed as of now. Besides Salman Khan, Abdullah was remembered by Salman's close friends Iulia Vantur, Daisy Shah, Zareen Khan and Bina Kak.

Will always love you...

Iulia Vantur, in her eulogy piece, wrote: "As you said, 'we fall, we break, we fail but then we rise, we heal, we overcome.' You left too soon. #realstrong #RIP."

As u said "we fall, we break, we fail but then we rise, we heal, we overcome" @aaba81 u left too soon #realstrong #rip

Salman's Race 3 and Jai Ho co-star Daisy Shah, who was also said to be one of Abdullah's clients, wrote on social media: "Will always love you my bestie...Rest in peace."

Will always love you my bestie... #restinpeace

Bina Kak, Salman's co-star in Maine Pyaar Kyun Kiya and God Tussi Great Ho, shared a throwback picture of Abdullah and she wrote: "RIP Abdullah. Fondly called Abba.. Who always addressed me as Maa/ Amma. Stay blessed and smiling wherever you are."

R.I.P Abdullah ,fondly called Abba ..who Always addressed me as Ma /Amma..walking away from our lives ..Stay blessed and smiling where ever you are ..

On the work front, Salman Khan was seen as the host of the TV reality show Bigg Boss 13. He will next be seen in Radhe: Your Most Wanted Bhai. Dabanng 3 remains his last release.