Salman Khan's Friends (Some of Them) Celebrate on Twitter 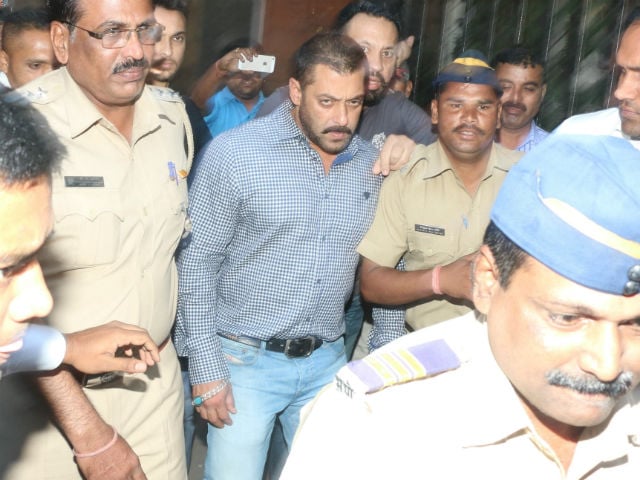 Salman Khan photographed at the High Court in Mumbai on December 10.

New Delhi: Actor Salman Khan is a free man after being acquitted of all charges in the 2002 hit-and-run case by the Bombay High Court. Some hours after the court's verdict, the 49-year-old actor said in a tweet that he 'accepted the decision with humility.'

On Twitter, several of his friends rushed to post updates about how thrilled they were. However, Bollywood's biggest guns have so far been silent, unlike the concerted closing of ranks in May when the actor was convicted by a Sessions Court.

So happy that @BeingSalmanKhan is acquitted of all charges. Truth Prevails. Even if it takes 13 long years.:)

God is always kind to good human beings, @BeingSalmanKhan with gods blessings is freed today from a hanging sword for thirteen years.cheers

Congratulations to @BeingSalmanKhan for getting acquitted from all charges in hit & run case. :) #SalmanVerdictpic.twitter.com/87rAA1E6q3

Congratulations! @BeingSalmanKhan God Bless may this positive news bring a sense of peace and atonement. #SalmanVerdict much love.

Will all those, who till now haunted, humiliated, abused @BeingSalmanKhan, apologize to him & his family after this verdict?#SalmanWalksFree

BJP member Shaina NC, who caused much comment in May with a tweet criticizing the court's conviction of Salman Khan, also tweeted after the High Court's verdict:

In May, a Sessions Court found Salman Khan guilty of drunkenly driving over pavement dwellers in September 2002, killing one. He was sentenced to five years in jail, a sentence that was later suspended by the Bombay High Court pending an appeal. On December 10, the High Court decided Mr Khan could not be convicted on the basis of the evidence produced by the prosecution. As the judge read out the order, Mr Khan broke down in court, surrounded by his family. (Also Read: Salman Khan Acquitted By Bombay High Court In 2002 Hit-And-Run Case)