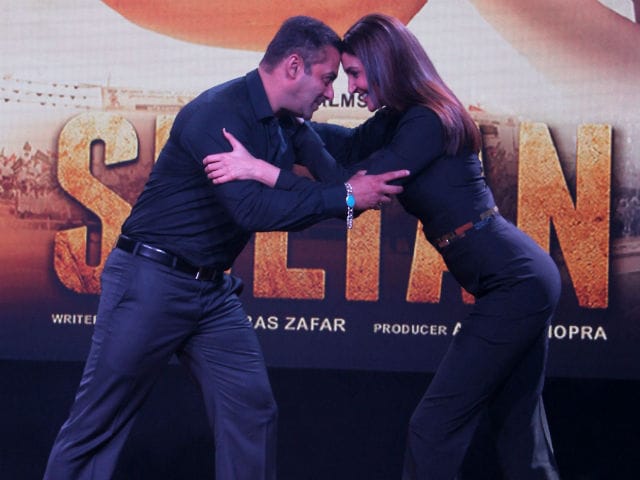 Salman Khan and Anushka Sharma photographed at an event in Mumbai

New Delhi: On the day that Salman Khan sent a response to the National Commission of Women over his rape analogy, his film Sultan trended after new films were released. Director Ali Abbas Zafar tweeted the pictures on Tuesday:

Salman Khan, who still hasn't apologized for his rape analogy, in which he compared himself to a 'raped victim' while sharing his experience of filming Sultan, is seen romancing actress Anushka Sharma in the still.

The filmmaker tweeted another picture on Monday:

Salman Khan was summoned by the National Commission of Women in order to apologise for saying that filming Sultan had left him feeling "like a raped woman."

On Wednesday, he sent a response to the women's panel through a lawyer's letter which did not contain an apology, said Lalitha Kumaramangalam, who heads the National Commission of Women.

Sultan, in which the 50-year-old actor plays a Haryanvi wrestler, co-stars Anushka Sharma and Randeep Hooda and will hit screens on July 6.