At Arpita's Reception, Salman Khan 'Hands Over Sister, His Heart' to Mandi 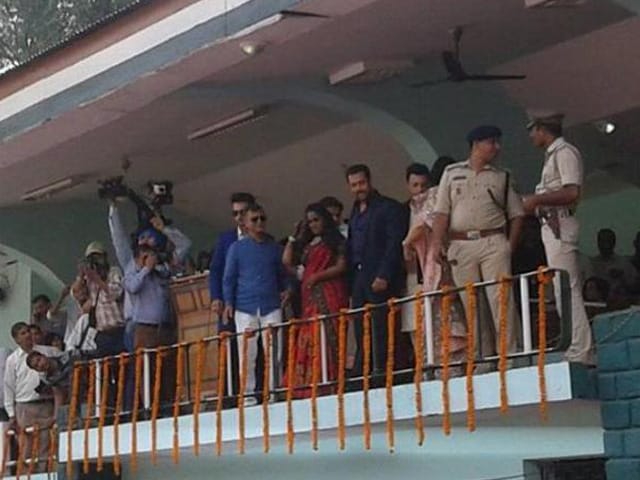 The hill town of Mandi, Himachal Pradesh, entertained VIP guests from Mumbai on Monday. Actor Salman Khan, dressed in blue, waved at cameras and crowds from a balcony with his sister Arpita and her husband of six months, Aayush Sharma. The Sharmas were throwing Arpita and Aayush a wedding reception in their home town. "I have come here to hand over my sister, who is my heart," Salman told Mandi.