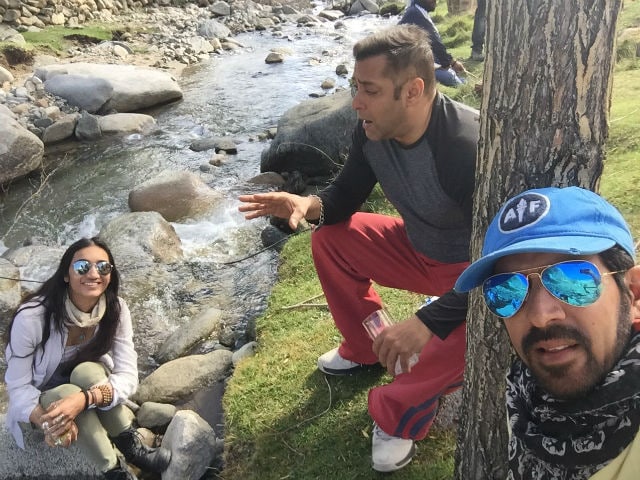 New Delhi: Looks like the weather has gone against actor Salman Khan and director Kabir Khan, who are in Manali to shoot the second schedule of their upcoming film Tubelight.

The director shared a picture of the film set which is wrapped with clouds on Twitter.

We built a set 12000 feet high in the mountains. But when we went to shoot this is what happened #Living in clouds pic.twitter.com/kFeyjG8mNz

Tubelight, starring Chinese actress Zhu Zhu along with the Dabangg actor, revolves around a love story set in the 1965 Sino-Indian war.

The second schedule was earlier decided to be shot in Kashmir, which due to some delays was changed to Manali.

The team wrapped the movie's first schedule in Leh-Ladakh recently.

Promoted
Listen to the latest songs, only on JioSaavn.com
This is the third time Kabir and Salman have collaborated for a movie, after Ek Tha Tiger and Bajrangi Bhaijaan.