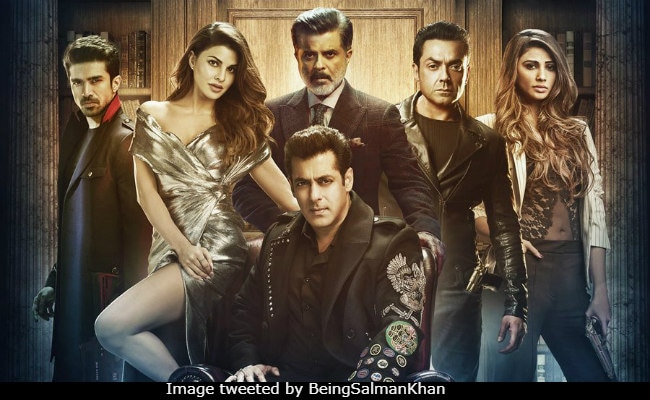 New Delhi: Salman Khan, who was busy introducing his Race 3 co-stars so far, roped in all of them for a "family" photo and shared it on Sunday night. Jacqueline Fernandez and Anil Kapoor - both of who have featured in films of the Race franchise before - have been joined by the new additions namely Bobby Deol, Saqib Saleem and Daisy Shah in the new poster. "Aur yeh hai the Race 3 family. Let the race begin," tweeted the Dabangg actor, who is making his debut with the Race franchise this year. "Meet the Race 3 family. All set to make your hearts race," tweeted Jacqueline, who has co-starred with Salman in Kick.

Apart from the ensemble cast, the Race 3 poster also has an interesting punchline, which says: "You don't need enemies when you have a family."

In the days leading up to the release of the main poster, Salman Khan was preoccupied introducing each character on social media. He presented boss man Anil Kapoor aka Shamsher like this:

"Sizzling Sanjana waiting to explode," is what he wrote for Daisy Shah.

Promoted
Listen to the latest songs, only on JioSaavn.com
Meanwhile, "bad is an understatement" for Freddy Daruwala, who plays an antagonist named Rana.

Rana: Bad is an understatement . #Race3#Race3ThisEid@Freddydaruwala@SKFilmsOfficial@TipsOfficialpic.twitter.com/8u22LtW2BQ

Not just for the ensemble cast but Race 3 is being eagerly looked forward to because of the reshuffling of cast - Salman Khan has replaced Saif Ali Khan as the protagonist. Filmmaker duo Abbas-Mustan will not return to direct Race 3, which has made way for a new director - Remo D'Souza. Race 3 is scheduled to hit screens on Eid this year.