Salman Khan Refers to Himself as a 'Raped Woman.' Twitter is Horrified 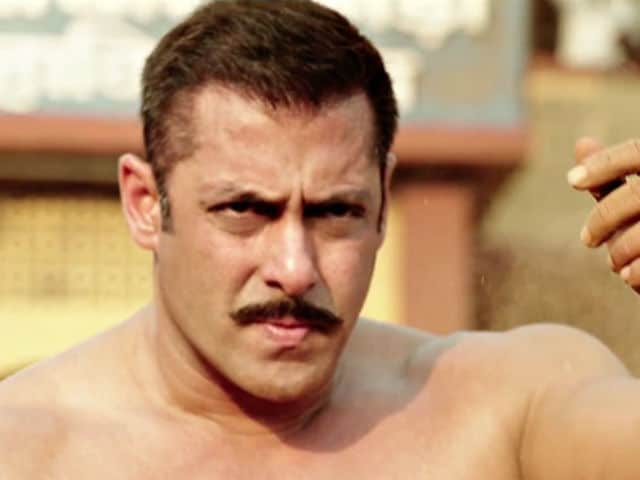 New Delhi: Actor Salman Khan is being savaged on social media for his comment on how training for his wrestling movie Sultan left him feeling like a 'raped woman.' Twitter has been joined by the National Commission for Women and activists in roundly condemning his remarks and demanding an apology.

Salman's father, writer Salim Khan, has apologized on behalf of his son, writing in a series of tweets: "Undoubtedly what Salman said is wrong, the simili (sic), example and the context. The intention was not wrong. Nevertheless I apologise on behalf of his family, his fans & friends. Forgiveness is to pardon the unpardonable or it is no virtue at all. To err is human, to forgive divine. Today on Intl Yoga Day, lets not run our shops on this mistake."

An interview carried by Spotboye (audio clip below) quotes the 50-year-old star as saying, "When I used to walk out of the ring, after the shoot, I used to feel like a raped woman. I couldn't walk straight."

Moments later, Salman appeared to regret his statement. "I don't think I should have...," he said.

Salman was speaking about filming the rigorous wrestling scenes in Sultan. This is what he said in his quote before referring to himself as a 'raped woman': "While shooting, during those six hours, there'd be so much of lifting and thrusting on the ground involved. That was tough for me because if I was lifting, I'd have to lift the same 120-kilo guy 10 times for 10 different angles. And likewise, get thrown that many times on the ground. This act is not repeated that many times in the real fights in the ring."

Later in the interview, Salman also refers to women as a 'vice.'

Here's an audio recording of the interview - listen to what he said at 4:03.

Salman Khan just compared himself to a raped woman. pic.twitter.com/xum6quJIZ3

Salman Khan should keep his mouth zipped. Each time he opens it he puts his foot into it. Pathetic rape analogy. pic.twitter.com/xlWgotNAMX

Salman Khan compared his shooting schedule to what a "raped woman" feels like. Is that worse than Lata-Sachin jokes, Bollywood?

Wow..@BeingSalmanKhan compared his shooting schedule for #Sultan to him feeling like a raped woman...is he for real?? #ridiculous#epicfail

I know Salman Khan has fans. But if his female fans are ok with his "I felt like a raped woman" then I've just lost faith in the world.

So Salman compares a physically demanding shoot to a woman getting raped! #beingmoron#SalmanKhan#Sultanshoot

@BeingSalmanKhan don't know if you know this but rape is not what they show in Hindi films. You owe an apology to for your comment. #salman

kindly remove humanitarian from your bio @BeingSalmanKhan . There cannot be anything more inhuman than using raped woman analogy. SHAME

People who use the term rape casually. Do you realize it is not just about force but about destructing someone's esteem?

What Salman Khan said was beyond horrible.

#SalmanRapeRemark Salman Khan clearly shows his lack of vocabulary. He's now gone from Being Human to Being Inhuman. Shame on him.

That is, everyone on Twitter except the actor's fans who have been furiously insisting he didn't mean what he said. #SalmanMisquoted began trending on Tuesday morning.:

Seconds after Salman gave that statement he said: don't take that in literal sense, what i mean is I could not walk

#SalmanKhan's statement was totally in different manner & never meant to degrade anyone. Sad to know that he is trolled for wrong reasons

Salman Khan stars in Sultan as a Haryanvi wrestler opposite actress Anushka Sharma. The film is his Eid offering for this year.