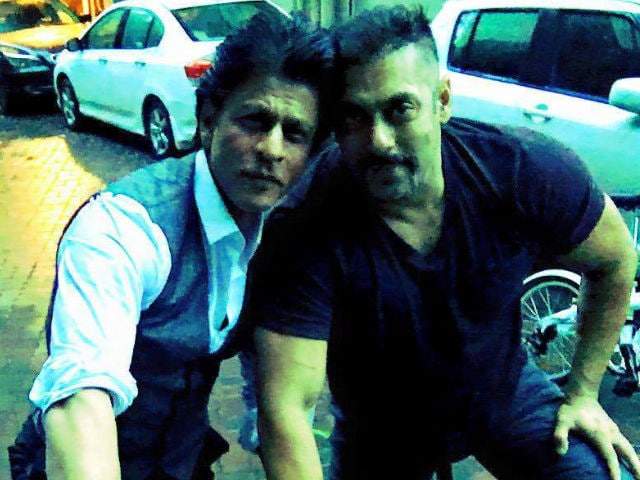 This image was posted on Facebook by Shah Rukh Khan

"I have a lot of friends in the industry both male and female, birds, animals, all. Whose name should I take? All are my friends here (in film industry)," Salman told reporters at an event.

"But among close friends, I have Sanju (Sanjay Dutt) who I have seen since childhood. Shah Rukh Khan, Aamir Khan," he said.

The 50-year-old star, who was talking at the trailer launch of brother Sohail Khan's upcoming film Freaky Ali, said in a lighter vein that his male friends might not be of interest to the media.

"These all names you are finding boring right? Should I give names of some girls? Katrina Kaif is my friend," he said.

"Her film (Baar Baar Dekho) is releasing with our film (Sohail Khan's Freaky Ali). So I am both the ways (as Sohail's film is also there and even Katrina's film is there)," the actor added.