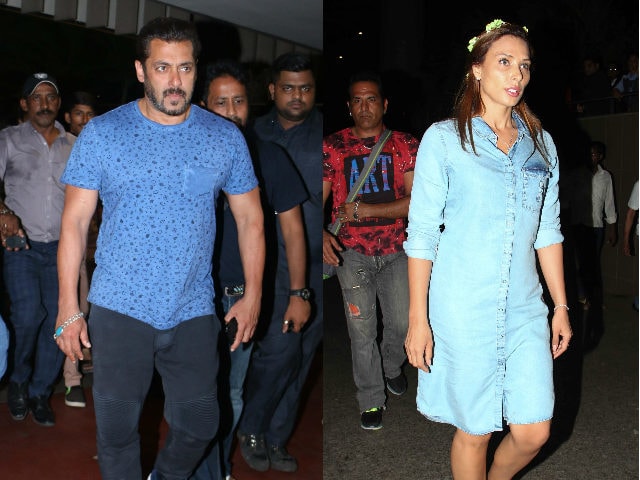 New Delhi: Salman Khan, his rumoured girlfriend Iulia Vantur and the rest of the Khan-daan, all of them a bit more tanned than usual, were spotted at the Mumbai airport on Sunday evening. The Khan family touched down in Mumbai after their beach vacation in Maldives, where they were to celebrate Salman's nephew Ahil's first birthday. Salman's sister Arpita, her husband Aayush, their son Ahil and the Khan family arrived in Maldives a day prior to Ahil's birthday, which Salman Khan could not make it to. He was busy shooting for Tiger Zinda Hai in Austria. However, he joined his one-year-old nephew and his birthday crew on March 31 and so did Iulia.

Iulia and Salman, who were colour coordinated in blue, carefully avoided being photographed at the airport. Iulia was travel-ready in a collared denim dress while Salman was dressed casually. 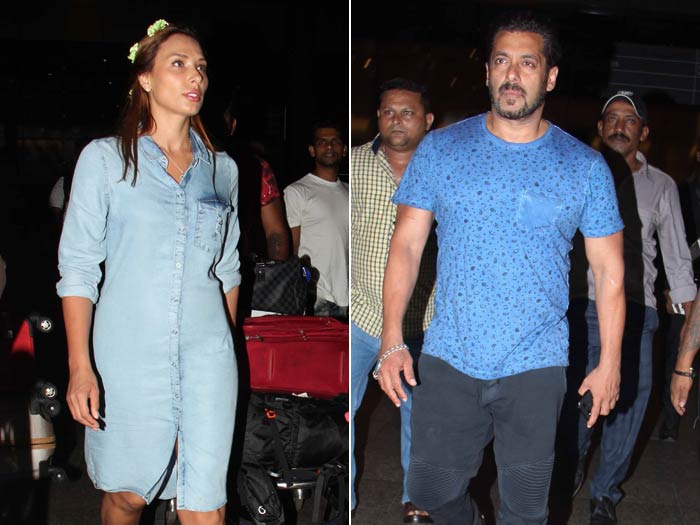 We also spotted Iulia with Sohail Khan's wife Seema, his children Nirvaan and Yohan and Arbaaz Khan's sister-in-law Amrita Arora. Arbaaz was seen escorting his son Nirvaan through the airport. Arpita and Aayush posed for photos with Aahil, who was fast asleep. Salman's mother Salma was also photographed. Salman's stepmother Helen was also part of the holiday crew, who appeared to avoid getting photographed. 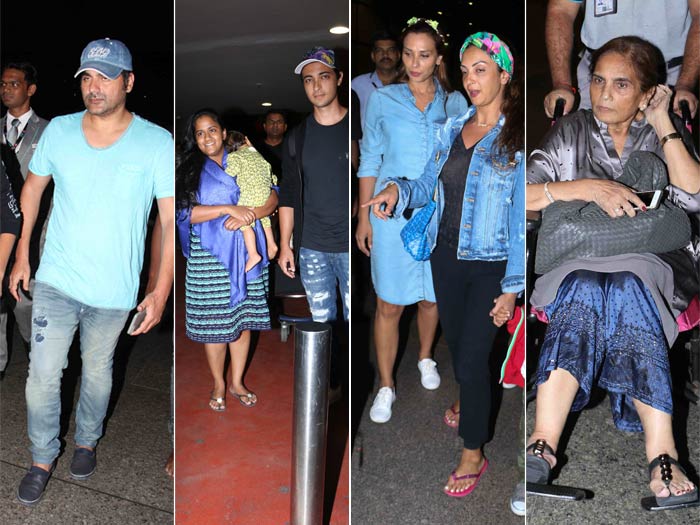 Iulia Vantur in the company of Seema Khan and others

Meanwhile, Arbaaz's estranged wife Malaika Arora was seen at the Mumbai airport at a different time. Malaika, who was also vacationing with the Khans, looked smart and chic in denims and white. 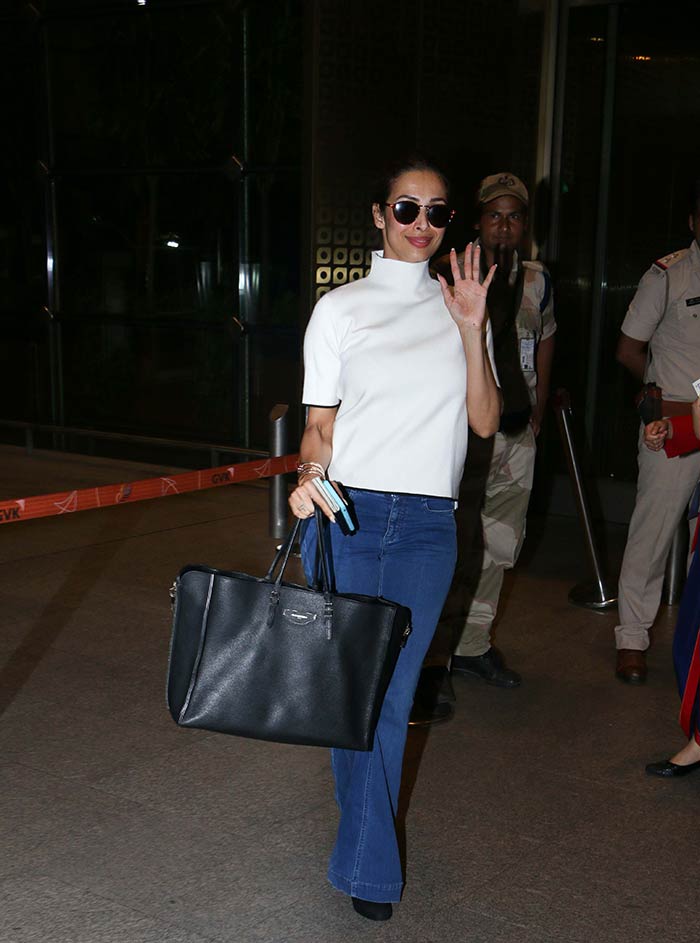 Now, back to Maldives. A Khan-family picture, featuring Salman and Iulia in resort wear, which sort of confirmed their arrival in Maldives, went viral on social media. Iulia and Salman can be seen posing with Salman's sister Alvira, her husband Atul Agnihotri, Arbaaz, Sohail, Arpita and Aayush.

Here's are more glimpses from the Khans' vacation in Maldives:

Here wishing my love,mylife,my world,my lil man who's given me a reason to believe in love, life and togetherness forever. Thank you for teaching me, so many meanings of words I used and I dint understand, thank you for giving life to me , thank you for filling every void I had thank u for being u !Love u Ahil ! #ahilturns1 @amillafushi

Promoted
Listen to the latest songs, only on JioSaavn.com
Iulia Vantur is reported to be dating the 51-year-old superstar for a while now and is a regular at the Khans's family get-togethers. However, neither Salman nor Iulia have addressed the speculations yet.

Salman Khan will next be seen in Kabir Khan's Tubelight, which is scheduled for Eid this year. Salman's upcoming film Tiger Zinda Hai is actually a sequel to his 2012 film Ek Tha Tiger, co-starring Katrina Kaif.