Salman Khan Is In Race 3. Jacqueline Fernandez Just Told Us

"After Judwaa 2 I am working on Drive, that is Tarun Mansukhani's next with Sushant Singh Rajput and then it is Salman's Race 3," said Jacqueline 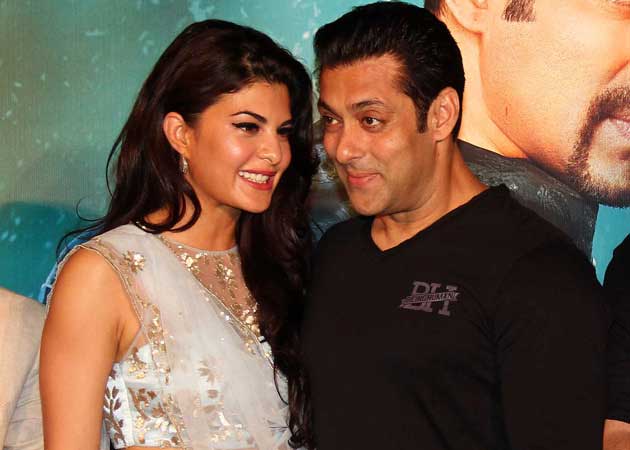 Salman Khan and Jacqueline Fernandez are co-stars of Kick

New Delhi: Brace yourself to race with Salman Khan with the next instalment in the Race series of films. Yes, the 51-year-old superstar will very much be part of Race 3, as has been confirmed by his co-star and colleague Jacqueline Fernandez, reports news agency PTI. The actress, who will next be seen in A Gentleman releasing this week, was speaking at a promotional event of the film when she mentioned Salman Khan as her co-star for Race 3. Jacqueline, who has quite a few films in the pipeline, was talking about her busy roster and said: "After Judwaa 2 I am working on Drive, that is Tarun Mansukhani's next with Sushant Singh Rajput and then it is Salman's Race 3," reports PTI. Salman will also have a cameo in Jacqueline Fernandez's Judwaa 2, which is releasing in September.

Jacqueline and Salman are co-stars of 2014 blockbuster Kick. This was also Jacqueline's sixth movie in a lead role and her first with the dabangg Khan. Of the two Race films, Jacqueline has featured only in the second one which hit screens in 2013 and also had an ensemble cast comprising Deepika Padukone and John Abraham along with Race originals Anil Kapoor and Saif Ali Khan. Director duo Abbas-Mustan released Race in 2008. Now, Abbas-Mustan have reportedly made way for director-choreographer Remo D'Souza to helm Race 3 but nothing has been officially announced yet.

Jacqueline and Salman trended earlier this year for reports stating that the stars are to collaborate for Remo's next film. When asked about such speculation, Jacqueline had told news agency PTI: "Fingers crossed. Pray for me." Jacqueline and Salman are reportedly to portray a father-daughter relationship in the film.

Jacqueline Fernandez co-stars with Sidharth Malhotra in A Gentleman, which is directed by Raj Nidimoru and Krishna DK. It is scheduled to hit the screens on August 25.

Promoted
Listen to the latest songs, only on JioSaavn.com
Last seen in Tubelight, Salman Khan is currently filming Tiger Zinda Hai with Katrina Kaif. He has also been roped in for a cameo in Aanand L Rai's upcoming film with Shah Rukh Khan.