Salman Khan is 'Dying' to Get Married. Still No Apology For Rape Comment 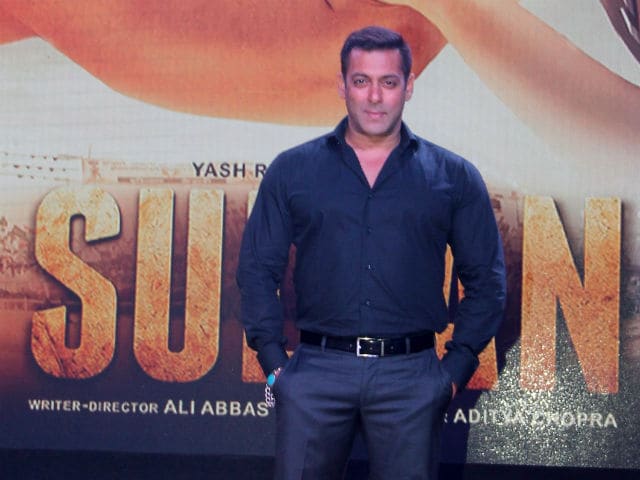 New Delhi: As we wait for actor Salman Khan to apologise for having likened himself to a 'raped woman' while filming Sultan, here's something else he said while promoting the wrestling movie on a TV show.

Salman, 50, is reported to be dating Romanian television personality Iulia Vantur and, according to a statement released by the show Sa Re Ga Ma Pa, he said he's "dying to get married."

This might surprise those who've been wishfully marrying the actor off for several years. "I have always been unlucky in this matter but the public impression about me in this regard is all wrong," Salman said, as per the statement.

"I am actually dying to get married and had always been waiting for the other party to agree. Men have no say. It's the women who decide it all," he said.

Singer Mika Singh, who is a mentor on the show, said, "I am Salman bhai's biggest fan and will follow his footsteps. Whenever Bhai will marry, I will also get married the same year."

Mr Khan and Iulia Vantur made a public appearance at actress Preity Zinta's wedding reception in May. A few days before that, Ms Vantur was also spotted at the Mumbai airport with Mr Khan and his family, helping his mother Salma Khan navigate the crowded terminal. Mr Khan had also said that he will "tweet the news" of his marriage to his fans at a press conference in Mumbai in May.

Salman's wedding has been a national topic of discussion for years but lately it's been eclipsed by the rape analogy he used while speaking about Sultan's wrestling scenes. "When I used to walk out of the ring, after the shoot, I used to feel like a raped woman. I couldn't walk straight," he said, to instant outrage. The actor has been summoned by the National Commission of Women next week, after he returns from IIFA Weekend in Madrid.

In Madrid, Salman Khan said on Thursday that he needs to talk less to stay out of trouble.

"I know it has been a long evening, I will make it short, quick," he said, prompting a woman in the audience to yell out: "No! Long."

But it appears that less, now, is more.

"I have to. Knowing me the shorter I keep it the better it is," said Salman Khan.