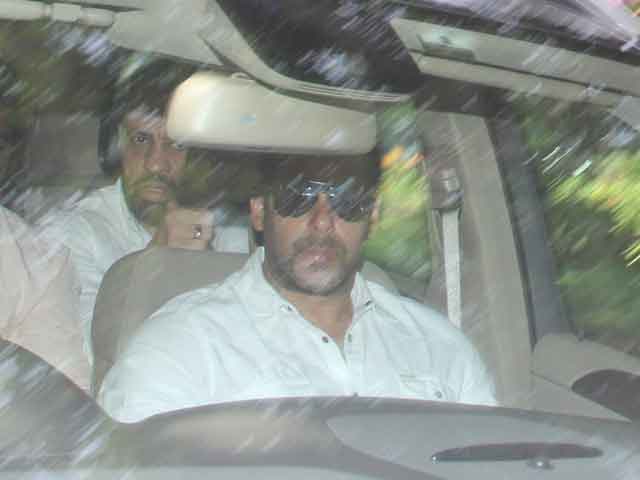 New Delhi: A Sessions Court in Mumbai has found actor Salman Khan guilty in the 2002 hit-and-run case. Mr Khan has been convicted of culpable homicide not amounting to murder, and sentenced to five years in jail. The actor has been granted two days interim bail till May 8 by the Bombay High Court. Today is also judgment day for the films he is currently making. As one of Bollywood's busiest actors and biggest draws, he is involved in projects extending up to 2017 and at least Rs 200 crores, possibly more, are riding on him.(Also Read - Salman Khan Convicted: What Twitter is Saying)

Mr Khan, 49, has two works-in-progress that will release this year and is juggling shooting schedules for both. He has been filming Bajrangi Bhaijaan, opposite Kareena Kapoor, in Kashmir. Prem Ratan Dhan Payo, with Sonam Kapoor, has been shooting near Rajkot in Gujarat. Both films reunite the actor with filmmakers who have previously directed him in blockbuster movies. Bajrangi Bhaijaan's Kabir Khan directed 2012's Ek Tha Tiger and Prem Ratan Dhan Payo is helmed by Sooraj Barjatya, maker of the actor's breakthrough film Maine Pyar Kiya.

Trade analyst Komal Nahta previously told news agency PTI that Rs 200 crores are riding on the actor. "If you take Rs 75 crore each for these two films, it comes to a total of Rs 150 crore. And then if you add another Rs 50 crore for the projects that he has signed, it comes to Rs 200 crore. There is some amount of tension but the actor has the option to further appeal his case," Mr Nahta said.(Also Read: Actor Salman Khan Convicted of All Charges in Hit-and-Run Case)

It's safe to expect that both Bajrangi Bhaijaan and Prem Ratan Dhan Payo will make at least Rs 100 crores each, not only because the actor-director calculus has previously paid rich dividends but also because every Salman Khan film since 2010's Dabangg has earned more than Rs 100 crores. Last year, he starred in his top grossing film Kick, which raked in Rs 231.85 nett. His other 2014 film. Jai Ho, also scraped past the Rs 100 crore mark. 2012's Ek Tha Tiger and Dabangg 2 made about Rs 200 crores and Rs 157 crores nett respectively. In 2011, Mr Khan delivered Rs 200 crores nett with Bodyguard, co-starring Bajrangi Bhaijaan's Kareena, and Rs 113 crores nett with Ready.(Also Read: Shah Rukh Khan Visited Salman a Day Before Verdict)

Promoted
Listen to the latest songs, only on JioSaavn.com
This means that except for 2013 when he had no releases, Salman Khan has delivered at least two blockbusters every year since 2011 and has been responsible for a minimum of Rs 200 crores of box office business each year. A Bollywood insider says, "Salman Khan remains a big draw for the industry because of the return on investment that his films promise."

Apart from Bajrangi Bhaijaan and Prem Ratan Dhan Payo which are already filming, Mr Khan is also reported to be making sequels to three films. Part two of 2005 hit No Entry, called No Entry Mein Entry, is believed to be in the works. A sequel to his most profitable film Kick is also being planned. A third instalment of Dabangg was also reported to be coming up but Arbaaz Khan, the actor's brother and director of Dabangg 2, has said this might take a year or two. Salman Khan is also believed to be playing the lead in the delayed Karan Johar production Shuddhi.