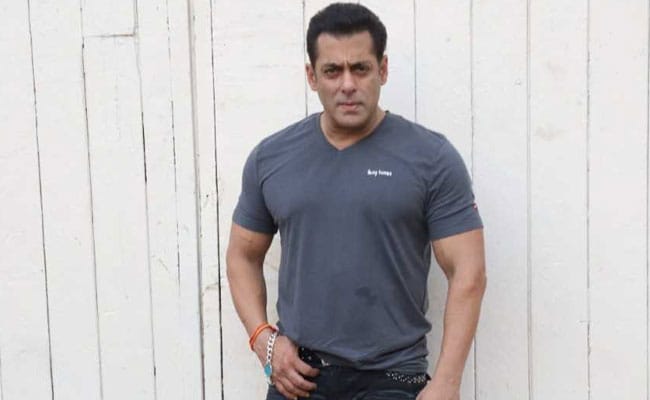 Salman Khan at a film studio in Mumbai for the promotion of Bharat.

Actor Salman Khan has claimed ignorance when asked about the controversial meme that Vivek Oberoi tweeted and then deleted some weeks ago. Speaking to Bombay Times, Salman said simply, "I don't know about it. I haven't seen it." Nobody's buying this, of course, but that seems to be his last word for now. The meme in question, shared ahead of the counting of votes in the Lok Sabha elections, compared opinion and exit polls to actress Aishwarya Rai Bachchan's personal life. Salman and Vivek, both of whom Aishwarya dated in the past, both featured in the meme as did her husband Abhishek Bachchan and daughter Aaradhya. The distasteful meme was widely criticised, as was Vivek Oberoi for tweeting it.

Vivek Oberoi, who received a notice from the National Commission of Women, later took the tweet down and posted an apology but not before telling news agency ANI that he had done nothing wrong. He also dismissed actress Sonam Kapoor as an 'overactor' and 'overreactor' for calling him out.

All this happened on social media, Twitter to be precise, on which Salman Khan is reasonably active. Feigning ignorance, however, is now the actor's preferred method of avoiding hard questions. He claimed to not know about the sexual harassment allegations actress Tanushree Dutta made against Nana Patekar last year, triggering the #MeToo movement in the film industry. Then, as now, proceedings played out very publicly, with a two Twitter threads corroborating Tanushree's story.

Perhaps a simple 'no comment' from Salman Khan might be received with more favour. Aishwarya Rai Bachchan has not responded to the controversial meme and is not likely to and that's perfectly ok.