"Even if one woman is offended by my reply to the meme, it calls for remedial action," tweeted Vivek Oberoi, as he deleted Aishwarya meme 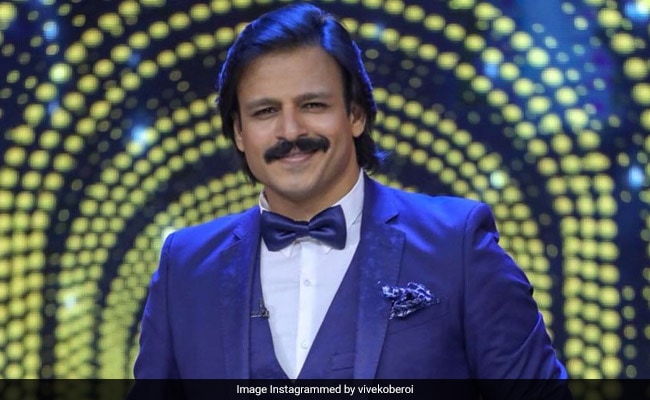 A day after Vivek Oberoi told Sonam Kapoor to stop 'overacting' and 'overreacting' after she criticised a distasteful meme on actress Aishwarya Rai Bachchan he shared, Vivek Oberoi has deleted the tweet and posted an apology. Just last night he had been defiant, insisting he had done nothing wrong. Now, Mr Oberoi has taken down the meme that linked exit and opinion polls to Ms Rai Bachchan, whom he used to date, and left in its place a tweet that reads: "Even if one woman is offended by my reply to the meme, it calls for remedial action. Apologies, tweet deleted," said Mr Oberoi, adding in another tweet: "Sometimes what appears to be funny and harmless at first glance to one, may not be so to others."

In his apology, Vivek Oberoi also reiterated words previously said to news agency ANI: "I have spent the last 10 years empowering more than 2000 underprivileged girls, I can't even think of being disrespectful to any woman ever."

It's not clear what prompted the change of heart. Vivek Oberoi trended furiously all day and remained unrepentant despite a notice from the National Commission of Women and widespread criticism denouncing his tweet as offensive and derogatory. Sonam Kapoor was among the critics, calling Mr Oberoi's post "disgusting and classless" in a tweet. More recently, Anupam Kher and Esha Gupta criticised Vivek Oberoi's tweet as "shameful." Speaking to ANI last night, Mr Oberoi directed an insult at Ms Kapoor: "Aap apne filmon mein thoda kam overact karein aur social media pe thoda kam overreact karein (overact less in your films, overreact less on social media)." He has not apologised for his comment on Ms Kapoor.

Sometimes what appears to be funny and harmless at first glance to one, may not be so to others. I have spent the last 10 years empowering more than 2000 underprivileged girls, I cant even think of being disrespectful to any woman ever.

Even if one woman is offended by my reply to the meme, it calls for remedial action. Apologies tweet deleted.

Vivek Oberoi was pilloried on social media after he shared the meme (not created by him), featuring Aishwarya Rai Bachchan, her husband Abhishek and their minor daughter. In his now-deleted tweet, Vivek Oberoi had posted the meme and written: "Haha, creative. No politics here, just life."

Speaking to news agency PTI on Tuesday, Anupam Kher said: "It's very shameful. It's as simple as that. He shouldn''t have done that. It''s absolutely not cool" while Esha Gupta added: "It just shows your mentality, specially if you're getting a minor involved. It's not in good taste at all. It just shows how he is. It doesn't reflect on what others are. It was shameful."

Vivek Oberoi, who campaigned for the BJP this election season and stars in a biopic of Narendra Modi releasing on Friday, also told ANI that the chorus of protests against his tweet could actually be targeted at his film.

Vivek Oberoi, who starred with Aishwarya Rai Bachchan in the 2004 film Kyun? Ho Gaya Na..., had also told ANI, "Those in the meme don't have a problem but everyone else does."

Aishwarya Rai Bachchan, currently in Cannes as is Sonam Kapoor, married Abhishek Bachchan in 2007 and their daughter was born in 2011. Vivek Oberoi, star of films such as Omkara and Saathiya, married Priyanka Alva in 2010 and they have two children.