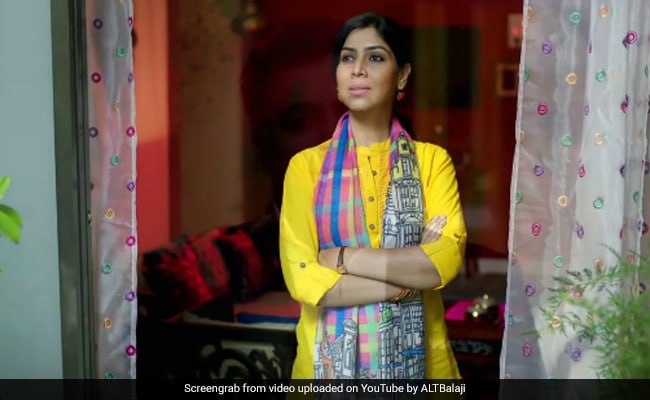 Actress Sakshi Tanwar, known for featuring in daily soaps like Kahaani Ghar Ghar Kii and Bade Achhe Lagte Hain, will play a scientist in producer Ekta Kapoor's upcoming web-series M.O.M. - Mission Over Mars. The ALTBalaji show is based on a quartet of women scientists who chart the journey of Indian Space Agency's Mission on Mars right from inception to execution. Playing a pivotal role as one of the four women scientists is none other than Sakshi Tanwar. She will be portraying the role of an independent woman scientist Nandita. Being a strict disciplined Mission Coordinator of M.O.M., Nandita is one who comes with the attitude of a hard taskmaster, alongside being a caring mother.

"M.O.M is an impressive web-series completely dominant with women-centric content. I am extremely overwhelmed that ALTBalaji gave me the character of Nandita Hariprasad, which is a senior scientist at ISA," Sakshi said in a statement.

"This series completely reiterates the fact that women today can achieve the impossible and work at any position in their workspace. I am sure that the viewers will love the series, for its cast who portray strong-minded characters and women of substance in the show," she added.