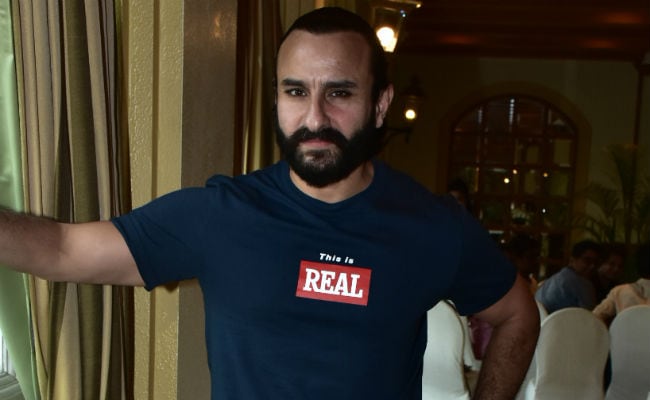 As #MeToo allegations pile up against various people from the film fraternity, several actors have decided not to work with those allegedly named in the cases. Aamir Khan, Akshay Kumar, Ajay Devgn are some of the stars who have strongly condemned the #MeToo accounts against their directors and so has Saif Ali Khan, who on Sunday told news agency PTI that he "doesn't want to work with them." Saif, who has previously worked with Sajid Khan, accused of sexual and emotional harassment by three women, said, "I would hate an atmosphere where women are being looked down upon or mistreated in any way. I don't think that's how an atmosphere should be. We all need to have the same attitude. I don't want to work with them. We have to understand that how these people are behaving, it is not ok, it is disgusting," PTI reports.

Sajid Khan directed Saif in the 2014 film Humshakals. His co-stars like Bipasha Basu and Esha Gupta recently opened up about Sajid's "rude" behaviour towards women on the sets. "He cracked lewd jokes openly and was pretty rude to all girls," tweeted Bipasha Basu on Friday.

I am glad that women are speaking up about the atrocities of these men with power and clout... but nothing of that sort happened with me...it was just his general attitude toward women that would disturb me on set- he cracked lewd jokes openly and was pretty rude to all girls .

Recalling his experience during Humshakals shoot, Saif said, "I don't remember anything like this happening genuinely because if it would have happened I would not have been comfortable in that environment or allowed it to happen in front of me."

After the #MeToo allegations against Sajid, Akshay Kumar, the lead star of Housefull 4, had asked to cancel the shoot. Hours later, Sajid Khan resigned from the director's post. Now, Farhad Samji has taken over as the director.

Meanwhile, Saif Ali Khan also opened up about facing harassment years ago. "I have also been harassed in my career, not sexually, but I have been harassed 25 years ago and I am still angry about it," he told PTI.

Saif also asserted that the offenders must be punished if found guilty in an old case too. "People are offended and they want justice. What it is happening is good and it gives you a sense that something is happening," adding that "people who have sexually harassed and abused women should pay for it."