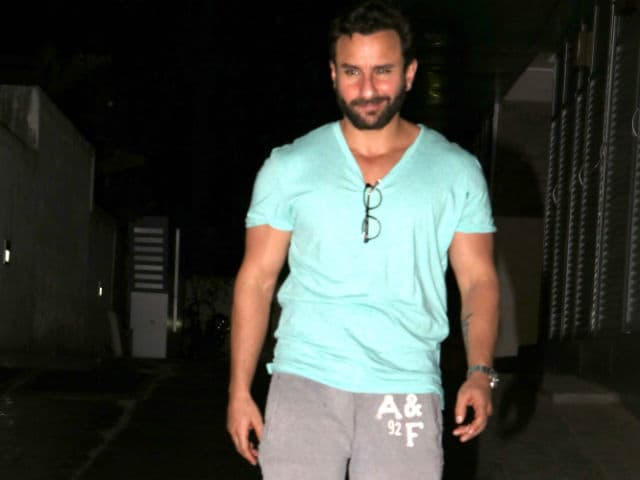 Mumbai: Actor Saif Ali Khan said that his film with newcomer director Akshat Verma is different from Delhi Belly, which was written by Akshat.

Saif was asked whether his new film is similar to Delhi Belly. "I don't think so. It's a little different. You should probably ask him (Akshat Verma). He is a nice director and he writes well but he also teaches you to act well. So I'm excited," said Saif.

"It's script-reading guys. There's nothing to get that worked up about. I didn't know if that is news. It's very nice but we're just reading a script. We do this all the time," added Saif.

Earlier, there were reports that Akshat's film was scrapped by a production house and actress Anushka Sharma had agreed to produce it. It is reportedly the same film in which Saif stars, however, it is not confirmed yet.

Actor Akshay Oberoi, who has featured in films like Pizza, Fitoor, Laal Rang as well as Piku is also a part of the film.

"Currently rehearsals are going on. The shoot will begin in one or two days. So I am quite excited. It's a very special film. So it is going to be fun. Akshat is going to make a great film," said Akshay.

Rumours suggest that the film is titled Kala Kaanti.