Nawazuddin Siddiqui said, "I do not think any mature storytelling will misuse the freedom that a digital platform offers." 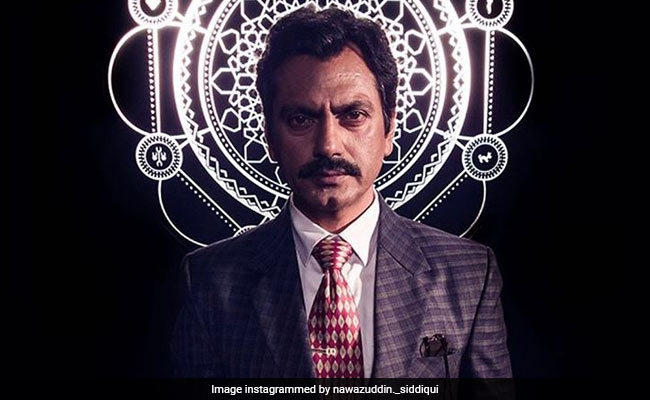 From some of the dialogues to funny memes, his character of Ganesh Gaitonde is one of the popular characters in his career, not only among Indian audiences but also globally thanks to the web TV series Sacred Games. National award-winning actor Nawazuddin Siddiqui says that when he faces the camera he keeps the praise aside. Talking about the impact of the first season where he received only positive feedback, Nawazuddin told IANS during the set visit of the show, "It is overwhelming of course. But when I perform, approach a scene, I detach myself from all the praises, and expectation of people. That is why I do not feel pressured and put my blinkers on to my performance. Praises and good words do not put me in ease to take my performance casually neither does it put any pressure on me."

Being one of the actors who is keeping himself busy shooting multiple projects and living with several characters in a film, this was the first time in his life that he revisited a character again, for the shooting of the new season.

Sharing his experience of reliving a character, Nawazuddin said, "last time when I was shooting Gaitonde, I had some questions in my mind that I did not have the answer. This time, there is a character arc that unveils his past, why he is behaving like that all the time, what is the thought behind his actions, those things are there in a much detail manner."

"In the process of playing the character, I discover that. It is more complex," he added.

In the show, since Ganesh Gaitonde comes across almost like a born criminal, asked about his way of character study, Nawazuddin said, "No child is born as a criminal it is only the circumstances that turned them into one."

"When it comes to Gaitonde, he was introduced to violence at a tender age, went through a troublesome childhood. Therefore, he became the person he is in the new season, the narrative goes deep down to that," said Nawazuddin.

Since there is a regulation that has come about, on age restriction and censorship even on the digital content, asked about his opinion on the matter, Nawazuddin said, "I do not think any mature storytelling will misuse the freedom that a digital platform offers. At the same time, when content is declared as 'adult content' then it clearly says that it is not suitable for kids."

Taking the reference of his show, the actor further added, "My character is coming from a background where using abusive language is natural. Then why should I snatch that real element due to censorship? That is not right in my understanding."

So, what is the favourite web series for Nawazuddin as an audience?

"I was watching Narcos, and then I also watched Black Mirror. But then for last so long I have been shooting constantly that I have no time to breath, one of those problems that I am happy about."

Sacred Games 2 starts from August 15 on the OTT platform Netflix.