Sachin: A Billion Dreams, a biopic on legendary cricketer Sachin Tendulkar, is all set to release in theatres this Friday 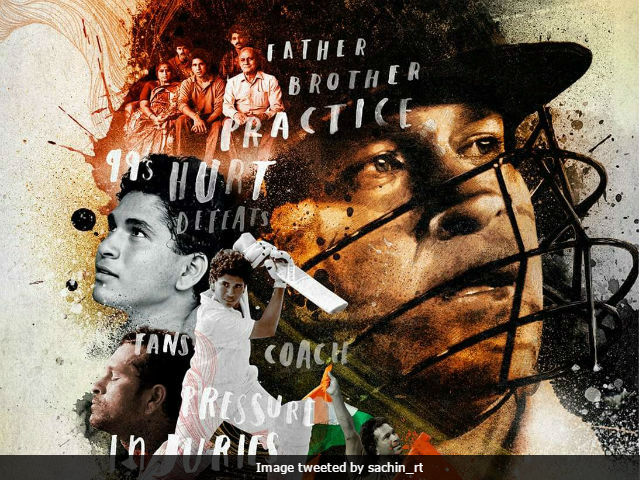 New Delhi: Sachin: A Billion Dreams, a biopic on legendary cricketer Sachin Tendulkar, is all set to release in theatres this Friday. Bollywood celebrities like Priyanka Chopra, Ranveer Singh, Alia Bhatt and Varun Dhawan have all shared their excitement on social media for the much-awaited film. In a video shared by Priyanka Chopra, she referred to Sachin Tendulkar as 'India's pride' and urged her fans and followers to go watch the film. The 34-year-old actress said: "I don't think in our lifetimes we are going to see one individual who brings an entire nation together like he does. Sachin Sir, you are India's pride. I am extremely proud to have known you."

What are you waiting for? Book your tickets now #2DaysToGo #SachinABillionDreams @sachintendulkar

Ranveer Singh also sent his best wishes across for the legendary cricketer in his own quirky style. At the end of the video, the Lootera actor, who is seen sporting Indian team's jersey, chanted "Sachin, Sachin."

Sachin Tendulkar was left 'speechless' after watching Ranveer Singh's video. He wrote: "A billion rounds of applause for this video! You always leave me speechless with your energy levels @ranveerofficial. Thanks for your wishes."

A billion rounds of applause for this video! You always leave me speechless with your energy levels @ranveerofficial. Thanks for your wishes https://t.co/SEAkt2txF0

Actor Farhan Akhtar also posted a sweet message for Sachin Tendulkar along with a picture of a magazine cover autographed by him.

Way back in '99, before we ever met, you were kind enough to sign this cover for me through our common friend Monisha .. it remains one of my most prized possessions and you remain my cricketing hero. All the best for 'Sachin. A billion dreams' .. lots of love and respect.

Promoted
Listen to the latest songs, only on JioSaavn.com
See how other Bollywood celebrities wished the 'God Of Cricket.'

Clearly I can't control my excitement. Thank you for inspiring over the years. And being the lovely down to earth person that you are. We can't wait for this one!!!! All my best wishes for #SachinABillionDreams. #4DaysToSachin "

@sachin_rt you have been my childhood hero & inspiration. Looking forward to watching you in #SachinABillionDreams! #5DaysToSachinpic.twitter.com/Aa2ShNxh2R

.@sachin_rt thank you for inspiring us to strive towards excellence. Sending you my best wishes for #SachinABillionDreams. #6DaysToSachinpic.twitter.com/pYn3obyxTW

Sachin: A Billion Dreams has been written and directed by James Erskine. The film will also be released in Marathi, Telugu and Tamil. Sachin Tendulkar also recorded a song, titled Cricket Wali Beat for the film with singer Sonu Nigam. The song was unveiled earlier in April.