Deepika Padukone's mother gave the saree to Sabyasachi Mukherjee, who then modified it for the wedding 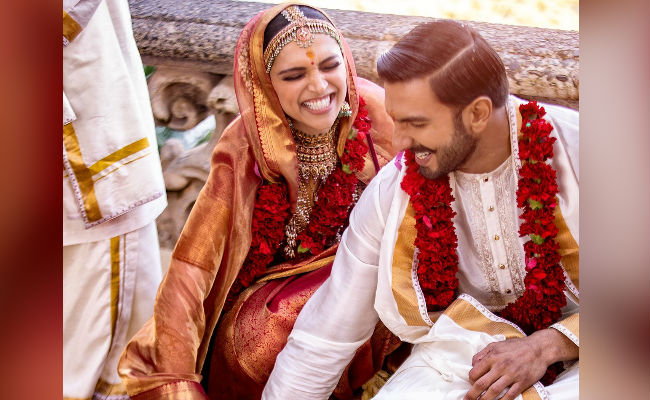 Deepika Padukone and Ranveer Singh during their wedding in Italy.

Dressing celebrities getting married is turning out to be something of a PR problem for designer Sabyasachi Mukherjee. After being called out last year by Anushka Sharma's wedding photographer for not crediting images he used on Instagram, the designer has had to post a clarification of his description of Deepika Padukone and Ranveer Singh's wedding outfits as 'head-to-toe Sabyasachi.' The wedding saree for the Konkani ceremony was not designed by Sabyasachi after all but bought from a local Bengaluru store by the bride's mother, Ujjala Padukone, and then given to Sabyasachi who modified it and added the bridal dupatta and jewellery. In a post on Instagram today, Sabyasachi wrote: "As per Konkani tradition, the bride's saree is gifted to her by the mother for the wedding. Deepika's wedding saree was given to us by her mother Mrs Ujjala Padukone. We have just received information that the saree was bought from Angadi Galleria, Bengaluru and we would like to them due credit for the same."

The comments thread on the post has exploded and is divided three ways between those applauding Sabysachi for posting the clarification, those savaging him for not having credited the local store earlier, and those defending the designer for describing Deepika as a 'Sabyasachi bride' - she still gets to be one because he styled her wedding outfit, Sabyasachi's supporters say. Not everyone has been so forgiving. "You may not know who it was from before, but you surely knew it wasn't your own. And for days it's gone out from your profile and seen as yours," an Instagram user wrote. Another comment read: "First to post; last to acknowledge."

Angadi Galleria, the store the saree was bought from, do not hold a grudge against Sabyasachi, however. They wrote: "Thank you very much for clarifying."

During Anushka Sharma and Virat Kohli's wedding in December 2017, Sabyasachi's team left out picture credits from their posts on Instagram, for which the photographers called them out. Sabyasachi also prompted outrage last year after shaming women who don't know how to drape sarees.

Deepika Padukone and Ranveer Singh's wedding ceremonies concluded in Italy on November 15. The couple returned to India over the weekend and they are currently in Bengaluru, where the Padukones are hosting a reception for the newlyweds tonight.

Deepika and Ranveer will also host a reception for their Bollywood colleagues on November 28.