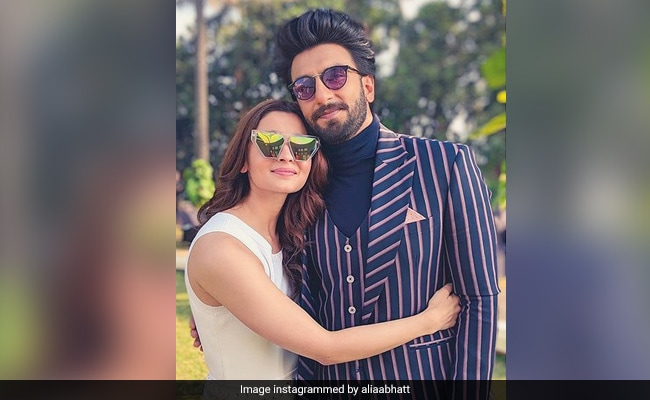 He also shared that the film will release in 2022. "Written by Ishita Moitra, Shashank Khaitan and Sumit Roy. Coming to charm you in 2022! #RockyAurRaniKiPremKahani #RRKPK," Ranveer Singh wrote in the caption of his post.

Filmmaker Karan Johar, who is directing the film, also shared the update on his Instagram feed. Sharing the same video that Ranveer Singh shared, Karan Johar wrote: "Yes, it's a love story, but no - it's not your regular love story." He also shared that the rest of the cast of the film will be announced today at 2 pm. "Rocky and Rani are going to redefine your usual love stories to take you on a journey! Meet the rest of the parivaar today at 2pm," Karan Johar wrote.

Alia Bhatt also shared the video on her Instagram feed and wrote: "An exceptional love story with my favourite people! Presenting - Rocky Aur Rani Ki Prem Kahani, directed by the one and only Karan Johar and written by Ishita Moitra, Shashank Khaitan and Sumit Roy. All set to hit the screens in 2022."

Besides, Rocky Aur Rani Ki Prem Kahani, Ranveer Singh will also be seen in sports-drama 83 and in Rohit Shetty'sCirkus.

Sunny Leone's Maldives Vacation Is All About The Sun, Sea And Sand. See Pic