"I'm sorry to say my Instagram has been compromised," the actor tweeted 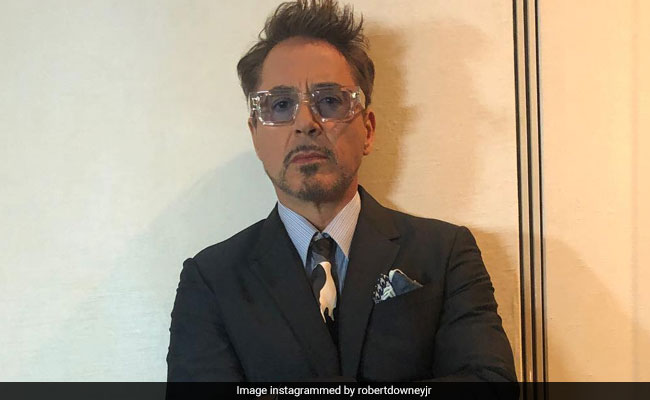 Iron Man aka Robert Downey Jr's Instagram account was hacked on Friday. The 54-year-old actor informed his fans about the recent activities carried out on his Instagram account and he told his fans on Twitter. He requested them to "steer clear" for some time on Friday evening. Robert Downey Jr tweeted, "I'm sorry to say my Instagram has been compromised... Please steer clear for the time being until it's sorted. Thank you all." The actor signed off the tweet with his signature Avengers dialogue and tweeted, "I love you 3000." Robert Downey Jr's fans were instantly suspicious when several ads giving away free PlayStation and Amazon gift cards were shared by the actor's hacked account.

I'm sorry to say my Instagram has been compromised... Please steer clear for the time being until it's sorted. Thank you all. I love you 3000.

Several Twitter users even posted screenshots of the posts shared that were shared on the actor's hacked Instagram account. The comments thread on the posts were instantly flooded with accusations of hacking. That's not it, the hackers also changed the Instagram bio and added a form link that was to be filled out for free gifts and prizes.

Here are some of the tweets posted by Iron Man's fans:

Robert Downey JR's instagram was hacked.
Or he is doing some very professional looking giveaways.
pic.twitter.com/vZMHH4FIff

Robert Downey Jr was recently presented with a Disney Legend Award at 2019's D23 Expo, which was held at the Anaheim Convention Center last month. The actor shared pictures from the event on his Instagram profile.

On the work front, Robert Downey Jr was last seen in Marvel's Avengers: The Endgame, which was arguably one of the most awaited films of the year. The actor's line-up of films includes Dolittle, sports comedy All Star Weekend and Sherlock Homes 3.