Robert Downey Jr's Emotional Post After Death Of Father. It's OK To Cry

"You are a saint, and our thoughts and prayers are with you," wrote Robert Downey Jr 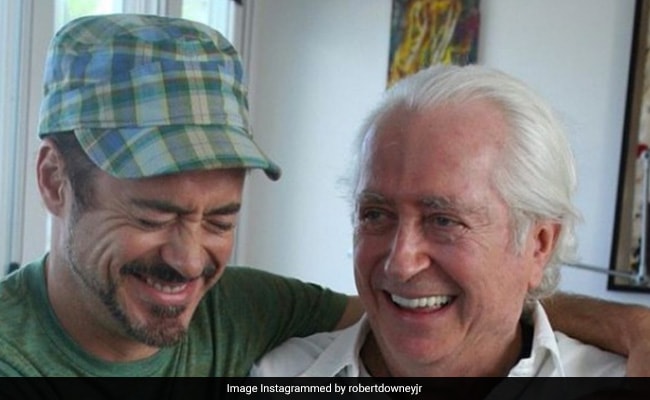 A throwback of Robert Downey Jr with his dad. courtesy robertdowneyjr)

Marvel star Robert Downey Jr, who lost his dad Robert Downey Sr on Wednesday, shared an emotional eulogy on his Instagram profile. Robert Downey Sr, a filmmaker, died at the age of 85. He had been suffering from Parkinson''s disease for about five years. Posting a throwback of his dad, Robert Downey Jr wrote: "RIP Bob D Sr. 1936-2021... Last night, dad passed peacefully in his sleep after years of enduring the ravages of Parkinson's... He was a true maverick filmmaker, and remained remarkably optimistic throughout." He added, "According to my stepmoms calculations, they were happily married for just over 2000 years. Rosemary Rogers-Downey, you are a saint, and our thoughts and prayers are with you." Jeremy Jenner, Vin Diesel and other stars paid condolences.

Robert Downey Sr, besides being a filmmaker, was also an actor, producer, writer and cinematographer. He was known for Putney Swope, Ball's Bluff, Babo 73, Chafed Elbows and No More Excuses. The last film that he directed was the 2005 documentary Rittenhouse Square, about a small Philadelphia park.

On the work front, Robert Downey Jr is best-known for his playing the role of Tony Stark / Iron Man in Marvel's Avengers series, Iron Man, Captain America. He also starred in the Sherlock Holmes series of films. He also starred in films like Air America,  The Singing Detective and Dolittle. He will next be seen in the sports comedy All Star Weekend. Robert Downey Jr was presented with a Disney Legend Award in 2019.

Cannes 2021: "This Is The Moment For Women," Says Jodie Foster At The Film Festival