Rishi, Ranbir, Neetu And Others: Count The Kapoors In This Fam-Jam Throwback

"Lunches at Devnar Cottage will never be the same," wrote Armaan Jain 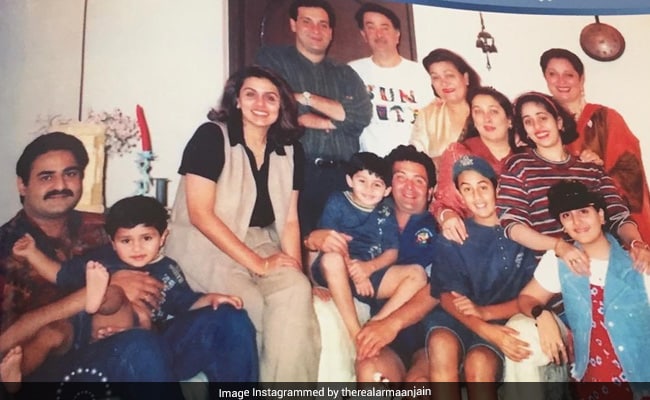 Ranbir Kapoor's cousin Armaan Jain dug out a priceless piece of throwback photo from the archives of the Kapoors' family albums and shared it on Instagram along with a nostalgia-filled note. "Lunches at Devnar Cottage will never be the same," wrote Armaan, along with a glimpse of how the Kapoors' traditional family lunches at their family cottage in Chembur's Deonar used to look like. After Raj Kapoor's death, his wife Krishna Raj Kapoor (Armaan's grandmother) continued to live in the Devnar Cottage. She died in October 2018, aged 87. Krishna and Raj Kapoor's daughter Ritu Nanda (Armaan's aunt) died in January this year, months before Rishi Kapoor's (Armaan's uncle) sudden death in April. In his post, Armaan wrote how things will never be the same without some of those who made his childhood special: "Words aren't enough to describe the amount I love and miss you, each one of you has such a distinct place in my heart. Nani Ji, Ritu Masi and Chintu Mama - memories to last a lifetime!"

Lunches at Devnar Cottage will never be the same... Words aren't enough to describe the amount I love and miss you, each one of you has such a distinct place in my heart Naniji Ritu Masi & Chintu Mama - memories to last a lifetime !!

Another anecdote about Devnar Cottage was shared by Amitabh Bachchan on the day of Rishi Kapoor's death. In a lengthy eulogy, shared on his blog, Big B explained why he never visited Rishi Kapoor at the hospital and here are excerpts: "I had seen him at his home, Deonar Cottage, Chembur, a young energetic, bubbly, mischief in his eyes Chintu, on those rare moments when I was privileged to have been invited to an evening at Raj ji's house... I never visited him in hospital, I never wanted to see distress on his smiling cherubic face. But I am certain, when he went, he must have gone with a gentle smile."