The film's plot has been explored in 2009 film All the Best: Fun Begins and also in 2010 film Housefull. 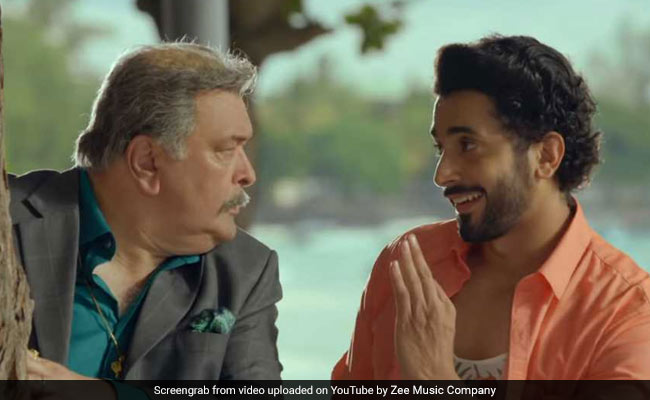 Jhootha Kahin Ka, a film by director Smeep Kang, appears to be a cliched story with a promising star cast, going by the trailer which dropped on the Internet on Wednesday. Jhootha Kahin Ka features Pyaar Ka Punchnama actors Sunny Singh and Omkar Kapoor as two friends who'll got to any lengths to keep up with each other's fraudulent stories. Omkar Kapoor marries the woman he loves (Nimisha Mehta) saying he has no family but his father, played by Rishi Kapoor joins him abroad to his horror. Sunny Singh offers to pretend to be Rishi Kapoor's son for Omkar's wife and for Nimisha, he pretends to be Rishi Kapoor's son so that Omkar can carry on with his dual life. Similar plot has been explored in 2009 film All the Best: Fun Begins and also in 2010 film Housefull.

The film borrows its title from the 1979 film of the same name, which featured Rishi Kapoor (who also stars in the new film) along with Neetu Kapoor. Rishi Kapoor, who shared the trailer on his Twitter page, said that he completed filming Jhootha Kahin Ka before leaving for the US for his cancer treatment in September 2018.

A film I completed before coming here. Total mad cracker of a movie. Was the hero of the same title (different story)with Neetu way back in the late 70's. Hope you enjoy the same!https://t.co/RrTj5Y71uI