Rishi Kapoor says he did Manto because of the "respect and admiration" he has Nandita Das. 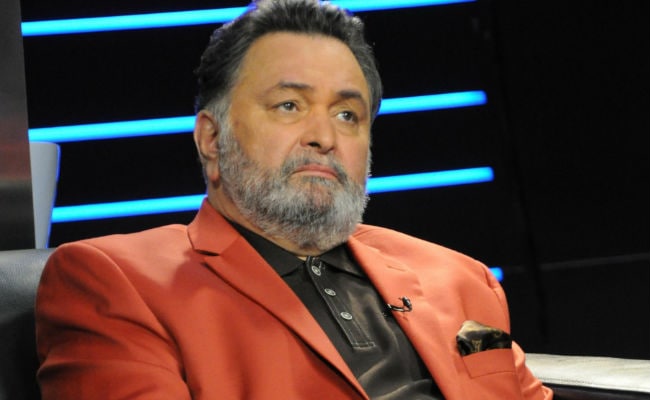 Rishi Kapoor at an event to promote 102 Not Out.

New Delhi: Actor Rishi Kapoor has posted a damage control tweet about his brief appearance in Cannes-bound film Manto after being quoted last week as saying he was "wrong" to have done the cameo. In his tweet, Mr Kapoor explained that he agreed to do a single scene in Manto because of the "respect and admiration" he has for director Nandita Das. He also claimed that "some mischief monger has tried to create a wedge" between Ms Das and he. "Absolutely untrue! I support the film and wish her all the best," the 65-year-old actor tweeted. Read Rishi Kapoor's post here:

I have done one scene in Nandita Das's film "Manto" in a cameo. Just for the respect and admiration I have for her. Some mischief monger has tried to create a wedge between her and me. Absolutely untrue! I support the film and wish her all the best at Cannes Film Festival!

It is unclear if by 'mischief monger,' Rishi Kapoor means the journalist to whom he said last week, "It is a very wrong thing that I did Manto. Audience doesn't know why I did this 15 seconds role. They think I do not have work, so I did this role. My fans complain to me why I have to do short roles. It is a very wrong thing I did. I shouldn't be doing this. Either give me an elaborate role where I am happy or else I won't do. I don't think I will ever repeat this mistake." The interview was carried by news agency PTI.

Promoted
Listen to the latest songs, only on JioSaavn.com
Manto, a biopic of writer Saadat Hasan Manto who is played by actor Nawazuddin Siddiqui, will be screened at the Cannes Film Festival this month, in the Un Certain Regard category. Rishi Kapoor reportedly filled the role that was meant to be played by Om Puri, after the actor's death last year. Mr Kapoor filmed his appearance in April 2017, after which he exchanged pleasantries with Nawazuddin on Twitter:

Rishi Kapoor, who has made special appearances previously in films like Jab Tak Hai Jaan, plays one of the two leads in this week's release 102 Not Out, opposite frequent collaborator Amitabh Bachchan.