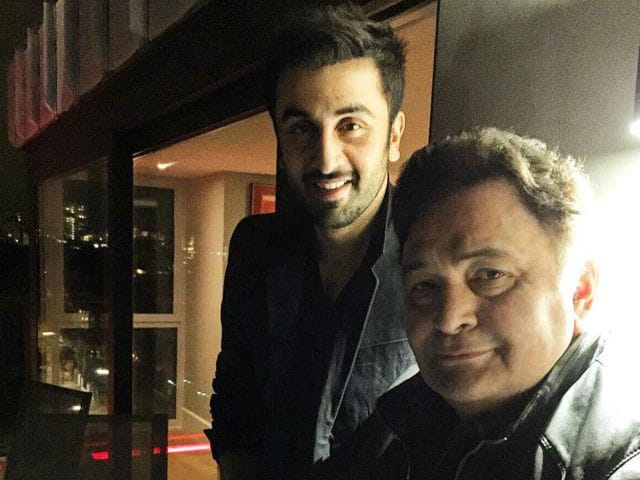 Mumbai: Rishi Kapoor is too strict a father and even when it comes to praising the work of his actor son Ranbir the veteran star prefers being "critical" and "harsh" on him.

The 63-year-old All Is Well actor said that till now he has found his son significantly decent in Barfi! and Rocket Singh: Salesman of the Year. (Also Read: What Rishi Kapoor Told Ranbir After Watching Barfi!)

When asked about the best movie of his son, during a Q&A session with fans on Twitter, Mr Kapoor said:

Generally I don't like him as I am too critical and harsh but he was decent in Barfi and Rocket https://t.co/2xCu9llly3

The actor, who earned a lot of praise for his portrayal of Ravi Verma in 1980 thriller Karz directed by Subhash Ghai, does not consider the film as one his best performances. (Also Read: I Generally Don't Like Ranbir's Film, Says Rishi Kapoor)

Karz was no great work. Just stylised. Ghais best. Great music and Joie de vivre! Simi and Tina were to die for! https://t.co/CUzKiJUNCv

Mr Kapoor, son of Bollywood legend Raj Kapoor, also recalled his childhood days when Madhubala and Meena Kumari visited their house on Diwali, but regretted that he did not realize their importance during those days.

When I was very young they often visited our house for Diwali etc..How unfortunate I was not realising their worthhttps://t.co/LCBHUA0gNg

The actor will next be seen in comedy film Kapoor & Sons directed by Shakun Batra. The film also stars Alia Bhatt, Sidharth Malhotra and Pakistani actor Fawad Khan, and is produced by Karan Johar's Dharmaa Productions.