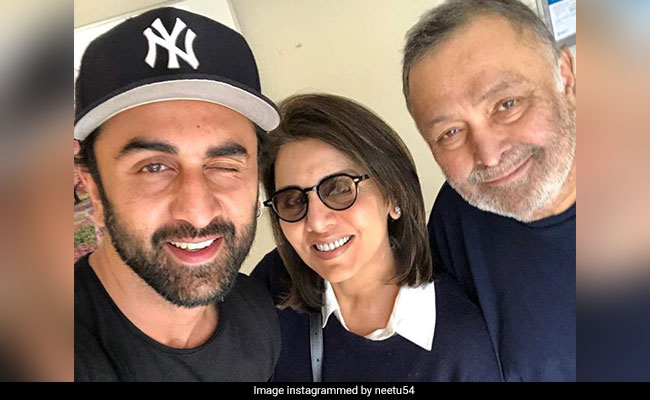 Actor Rishi Kapoor finally disclosed in an interview with Deccan Chronicle that he was battling cancer for the last eight months and declared that he is "now cancer free." Speaking to Deccan Chronicle, Rishi Kapoor said that he is "grateful for the gift of life" and added: "My eighth month of treatment started on May 1 in the US. But God has been kind! I am in remission, meaning now I am cancer-free." However, he still needs a bone-marrow transplant, which should take another two months. "I will have to do a bone-marrow transplant which in all probability should take another two months minimum," Rishi Kapoor added.

The 66-year-old actor thanked his fans and family members for keeping him in their prayers. "Being in remission is a big thing and it's all because of my family and my fans prayers and duas that have worked. I thank them all," he was quoted as saying.

Rishi Kapoor also talked about the contribution of his actress wife Neetu Kapoor and their children Ranbir and Riddhima, who frequently visited their father in the US. "Neetu has stood by me like a rock. Otherwise I am too difficult a person to handle as far as food and drink are concerned... My kids Ranbir and Ridhima have really shouldered my problems," Rishi Kapoor told Deccan Chronicle.

Rishi Kapoor left for the US in September 2018 however the nature of his illness was the best kept secret of the Kapoor family. Neetu Kapoor's New Year's post in which she wrote, "Hope in future cancer is only a zodiac sign," first set the reports of the actor battling cancer in motion. On Tuesday, filmmaker Rahul Rawail (director of Betaab, Anjam and Aur Pyaar Ho Gaya) declared Rishi Kapoor is cancer free on his (unverified) Facebook page.