'Rishi Kapoor Will Be Back In A Few Months,' Says Brother Randhir Kapoor

Rishi Kapoor has been accompanied by his wife Neetu Kapoor 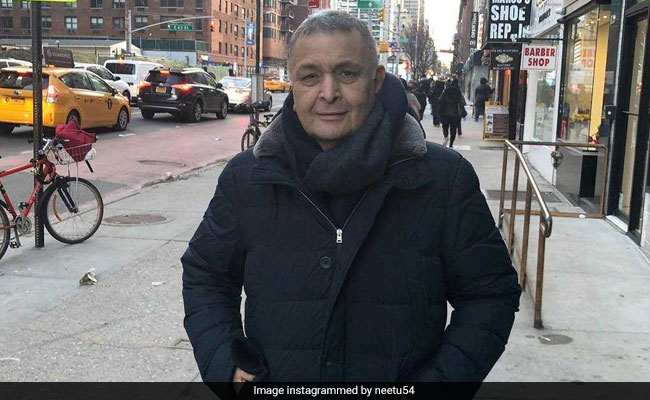 Rishi Kapoor is yet to finish his course of treatment in New York, but he will be back in the country in some months, his brother Randhir Kapoor has said amid reports that the veteran actor is now "cancer free".

"Rishi is doing much better. He has to finish his course of treatment, and will be back in India in the next few months," Randhir told IANS.

Randhir was swamped with calls on Tuesday after filmmaker Rahul Rawail gave out a health update on Rishi on Facebook.

"Rishi Kapoor (Chintu) is cancer free," Rawail posted along with a photograph.

Rishi flew to New York a few months ago to undergo treatment for an undisclosed disease. The Kapoor family has been tight-lipped about the ailment that Rishi has been fighting.

Rishi's wife and veteran actress Neetu Kapoor has been by his side, and keeps fans updated with photographs of some of their special moments.

In her social media post to wish fans a Happy 2019, she had written: "Happy 2019, no resolutions only wishes this year! Less pollution traffic!! Hope in future cancer is only a zodiac sign! No hatred, less poverty, loads of love, togetherness, happiness and most important good health."