Of her role, Ridhi said, "It's a risk and I am not ready to age on screen" 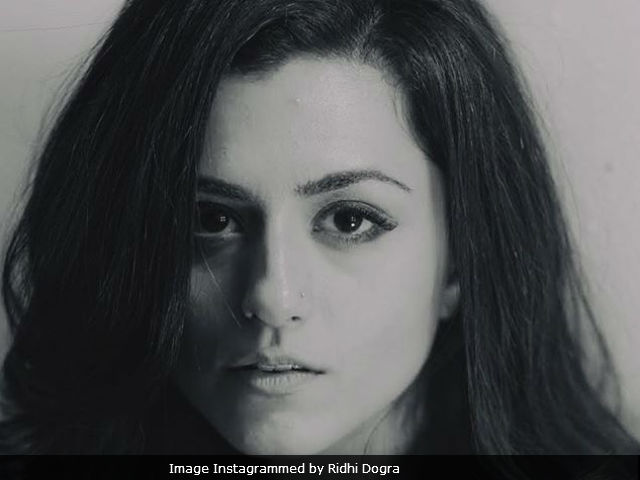 New Delhi: TV actress Ridhi Dogra, who is popularly known as Priya of Maryada: Lekin Kab Tak?, refused to age on screen and has thus decided to quit the TV show titled Woh Apna Sa, reports The Times Of India. The ongoing show is all set to take a 20-year leap with a reincarnation track and Ridhi, who features as the antagonist in the show, is not willing to age on screen. Ridhi told The Times Of India: "I have informed the production team of my decision and there is no bad blood. It's an amicable decision. They told me that I will have a look that won't make me look older but I was sceptical. It's a risk and I am not ready to age on screen."

Of her role in Woh Apna Sa, Ridhi said, "Taking up a negative role was in itself a challenge for me. I don't mind playing an older character on stage or in a film, as that's for a short period, but TV is a different ball game. Fiction shows run indefinitely. I don't want to be stereotyped. I don't want to drag myself to the set cribbing and complaining every day about my role," reports The Times Of India.

Promoted
Listen to the latest songs, only on JioSaavn.com
When asked, what will happen to Ridhi's co-actors Sudeep Sahir and Disha Parmar, a source told The Times Of India: "Well, they will be reincarnated and will return to take revenge on Nisha (Ridhi's character).