Richa Chadha said: "If it hadn't been for Silk Smitha, Shakeela wouldn't have had such phenomenal popularity" 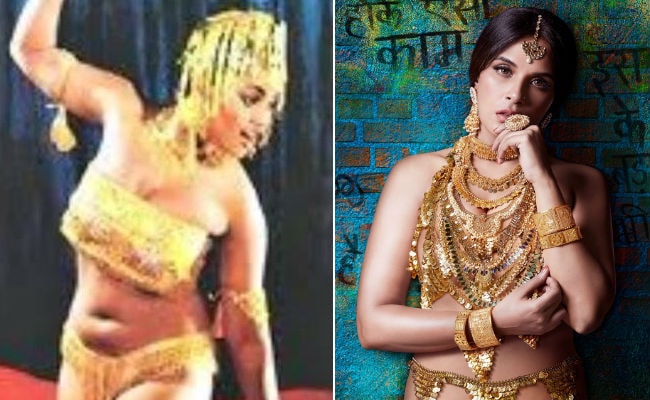 Remember the first poster of Shakeela featuring lead actress Richa Chadha adorned in gold jewellery? The pose was not inspired by the real life Shakeela Khan. Richa Chadha said that it was the team's 'homage to late actress Silk Smitha.' The 31-year-old actress said in a statement that Shakeela owed her phenomenal popularity to Silk Smitha, who starred in several erotic films, several years before Shakeela gained popularity in the south film industry for similar roles. "When we, as a team, brainstormed on the references for the shoot, we came across the iconic poster of Silk's film and we wanted pay homage to her. Because if it hadn't been for Silk, Shakeela wouldn't have had such phenomenal popularity," said Richa Chadha. In 2011, Milan Luthria directed Vidya Balan in The Dirty Picture, which was based on the life of Silk Smitha.

The poster of Shakeela is inspired by Silk Smitha's poster for Miss Pamela, in which she had posed wearing only gold jewellery. "Silk Smitha was an iconic name in the Eighties and the Nineties, whose popularity knew no bounds. She created a genre in cinema which didn't exist and empowered many women with her unapologetic choices. Her films made in a lot of money at the box office. Unfortunately, she had a tragic untimely death and her demise lead to the rise of Shakeela's popularity."

Like Silk Smitha, Shakeela starred in several controversial projects in Malayalam, Telugu and Tamil languages. Her films were also translated into foreign languages like Mandarin and Russian. Describing Shakeela, Richa told IANS: "She is a brave soul who defied norms of the business during her time and her story was much more than what people know of. To essay the role of a living being is additional responsibility on me as actor and team as the makers of the film."

Shakeela, directed by Indrajit Lankesh, is slated to release in the summer 2019.