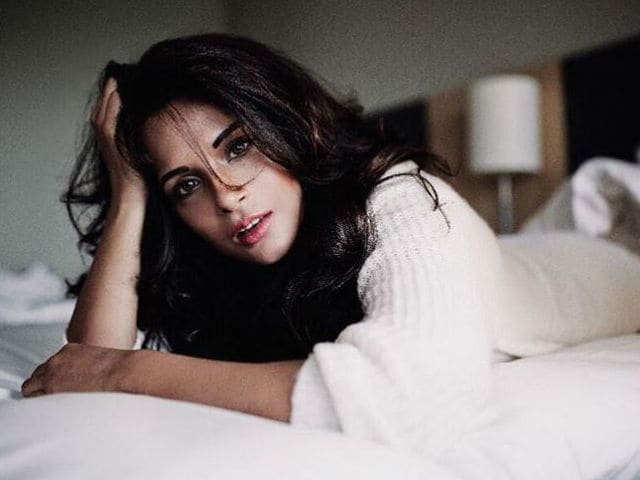 This image was posted on Instagram by Richa Chadha

New Delhi: Actress Richa Chadha has revealed that she battled bulimia and has spoken out about feeling pressured to look a certain way for her film roles. In a TEDx Talk, the 29-year-old star of films like Masaan and Gangs of Wasseypur said that her "confidence began to evaporate" when she was asked to "gain weight, then lose weight, fix my nose and inflate my lips."

"I was told I should gain weight, then lose weight, fix my nose and inflate my lips, get a b**b job, lose the puppy fat, grow my hair out, or cut it, get highlights, or fake eyelash extensions, squat for a bigger b**ty, get fake gel nails, run in heels, wear Spanx, pout while talking, focus on dilating the pupils, and listen attentively. I crumbled under the pressure like a wrecking ball had hit me," Ms Chadha said.

"Anyone know what that is? It's when you consistently hate what you look like, and compulsively induce vomiting, throw up all the food you eat, accompanied often by binge eating, general anxiety and sadness and believing basically that you are unworthy," Richa Chadha said in her TEDx Talk.

"There is a changing concept of beauty, from being a voluptuous Indian beauty of the sculptures we have inherited and the heroines of the past, we have started aping the West very, very directly. That is not very healthy. I see 12-year-olds counting calories and talking about how somebody's thin or someone's lips are nice. It all comes from a body dysmorphic disorder when you start to see yourself in a particular way and, God knows, women go through it a lot," she said.

Her own experience with bulimia escalated from once a week, to thrice a week, then almost daily. "It began with me telling myself I've overeaten, maybe I won't sleep well or I'll have to work out right after and I'll feel really heavy and bloated so let me just do it this one time. Then I noticed that it's happening once a week, then twice and then thrice a week. Then it became a daily post-lunch ritual," said Richa Chadha on The Buck Stops Here.

"I almost felt guilty for having to eat at all," Ms Chadha said, adding: "I realized I was going a little bit crazy when one time I thought I'm so busy anyway, it would be easier to pop a pill or take a drip once in a while instead of having to sit down and eat."

It's not just the women in the film industry who deal with eating disorders, said Ms Chadha. "I know of some male stars who are bulimic," she revealed. "As actors you are kind of on the verge of things. Some people take to smoking or drinking excessively or having random relationships and I guess this was my way."

"Don't fall for the illusion you see on screen and in magazines," was Richa Chadha's advice to women everywhere, "Don't turn the male gaze on yourself."


Richa Chadha was last seen in Sarbjit. Her next release is the Pooja Bhatt-directed Cabaret.