Richa Chadha: Fukrey 2 Will Be Better Than First 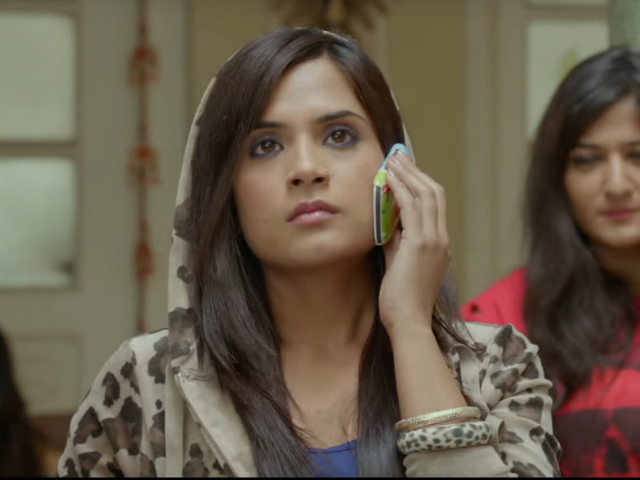 New Delhi: Richa Chadha, who will next be seen in Fukrey 2 co-starring Ali Fazal, Varun Sharma and Pulkit Samrat, is confident that the sequel will be better than the 2013 comedy film Fukrey. The 30-year-old actress told news agency IANS: "Fukrey 2 is a very good film and my instinct says it will be better than the first instalment." She added that the essence of her character Bholi Punjaban has not been changed for the film. "My character has not been changed, but the story and the creativity are completely different from the first one. Fukrey was a surprise for the audience as we all were newcomers that time. Nobody expected that the film would do such good business," Richa told IANS.

Richa Chadha was attending an event for NGO Dhai Akshar along with the other cast members of her upcoming film Fukrey 2.

Ali Fazal, who portrayed the role of Zafar, a struggling musician in Fukrey, said: "This time there will be a lot of adventure and action. Fukrey 2 will be more fun and entertaining." He further added that he felt making a sequel is 'risky' because people already have high expectations from the film.

Fukrey 2 has been directed by Mrighdeep Singh Lamba and produced by Farah Akhtar & Ritesh Sidhwani under the banner Excel Entertainment. Richa Chadha will be reprising her role of a female goon in the movie.

Promoted
Listen to the latest songs, only on JioSaavn.com
Richa Chadha made her debut in the 2008 movie Oye Lucky! Lucky Oye!. She was last seen in Sarbjit along with Aishwarya Rai Bachchan and Randeep Hooda. Richa Chadha will next be seen in Aa Gaya Hero opposite Govinda.