Rhea and Sushant sort of made it Instagram official on the Kai Po Che! actor's birthday 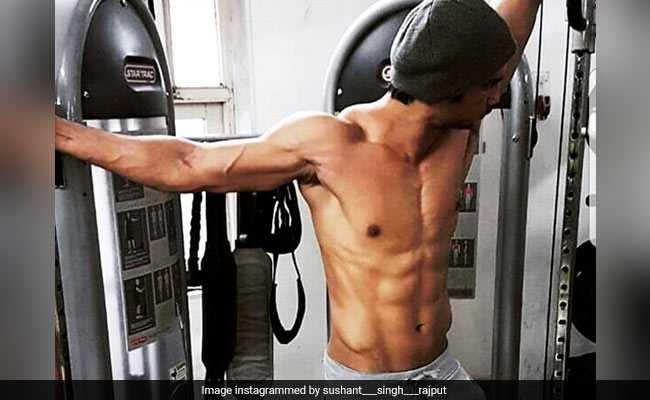 Sushant Siingh Rajput, on Tuesday, posted a video on his Instagram profile, in which he could be seen doing clap pushups with utmost ease. The video got a shout out from his fans. Also, we spotted a comment from Sushant's rumoured girlfriend and actress Rhea Chakraborty. She left a couple of fire emojis in the comment section. The duo frequently trend for their Instagram exchanges. "Clap clap," Sushant captioned his post. Producer Ekta Kapoor cheered for the Kai Po Che! actor and wrote: "Sushiiiii faaab." 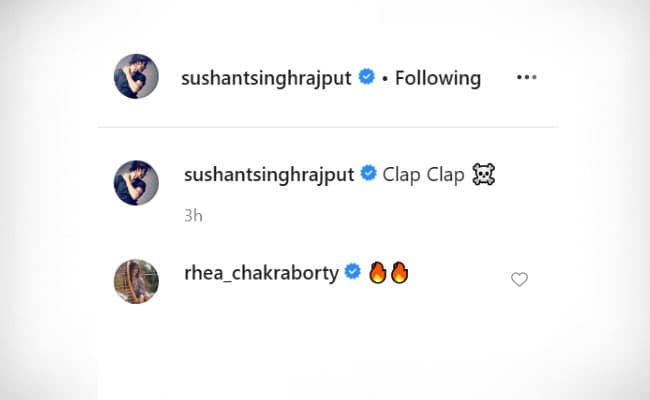 Rhea posted a set of mushy pictures on Sushant's birthday, this year. Take a look:

Earlier, in an interview with Hindustan Times, the actress said that she and Sushant have been "very good friends" for many years. The Mere Dad Ki Maruti actress added, "We've been very good friends for many years. I am fond of working towards our shared goals, like starting our new NGO, and travelling." Hindustan Times also quoted Rhea as saying, "If there is anything else between us or not, this isn't something that I want to disclose yet."

Sushant Singh Rajput dated his Pavitra Rishta co-star Ankita Lokhande for six years before their split in 2016. Sushant stepped into Bollywood with the 2013 film Kai Po Che He is best-known for his performances in films like MS Dhoni: The Untold Story, Kedarnath, Chhichhore and Sonchiriya among others.