Sushant and Rhea aren't co-stars yet but they have been part of each other's friend circles. They have been spotted hanging out together in Mumbai 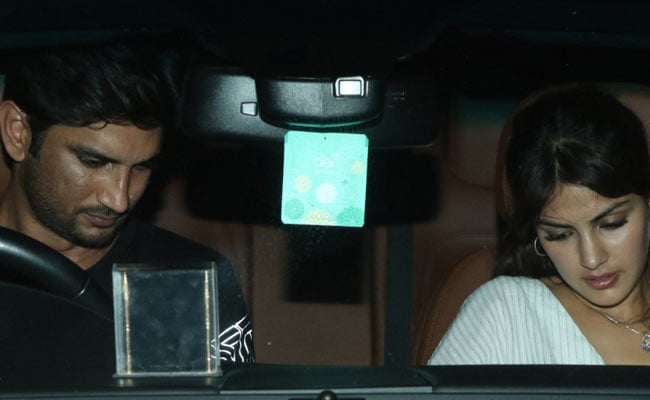 Actor Sushant Singh Rajput, rumoured to the dating Rhea Chakraborty, responded obliquely to a question about his love life, telling BollywoodLife: "I'm not allowed to say." But should we be taking this variation on 'no comment' as a yes? The Kai Po Che! actor clarified: "It's not that someone else is saying that I'm not allowed to say it. I cannot allow myself to say anything." However, Sushant also hinted that perhaps it's too early to discuss his personal life, especially when it's in what he describes as a "nascent stage": "Right now, it's not right to say. People shouldn't start talking about things in a nascent stage as if they are very sure of it. Why to do that?"

Sushant and Rhea aren't co-stars yet but they have been part of each other's friend circles. They have been spotted hanging out together in and about Mumbai lately after which Pinkvilla reported in May that they're the new couple on the block. Quoting a source, Pinkvilla said: "Sushant is currently seeing Rhea Chakraborty. They have known each other for a while and they hit it off really well in the last few weeks. In fact, things moved from one thing to the other quite quickly and now, they are already dating each other."

Rhea Chakraborty recently celebrated her birthday with Sushant Singh Rajput at a party in Mumbai and then in the hills with other friends in tow. There's a glimpse of Sushant in Rhea's birthday post for herself while Sushant also featured in one of her Instagram stories from her birthday trip, that said: "Happiest birthday."

Gratitude Happy happy to me , so much excitement = tiny glitch in this video ! Ps - I got a new haircut

Sushant Singh Rajput dated Ankita Lokhande for six years before their split in 2016. On the work front, he will next be seen in Chhichhore, which releases on August 30.