"Happy Birthday to the most beautiful super massive black hole that is known to mankind," wrote Rhea 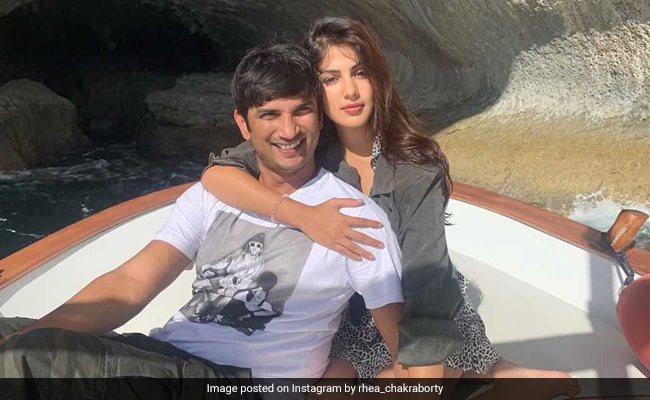 Attention, folks! Rhea Chakraborty made her relationship with rumoured boyfriend Sushant Singh Rajput Instagram official of sorts and what could have been a possibly better day than the actor's birthday, right? Well, on Tuesday, the Jalebi actress posted a set of lovely pictures of herself along with Sushant and she accompanied it with a mushy caption. In her post, Rhea referred to Sushant as the "most beautiful super massive black hole" and wrote: "Happy Birthday to the most beautiful super massive black hole that is known to mankind. Shine on you crazy diamond." She added the hashtags #boywithagoldenheart and #rheality to the post.

Sushant Singh Rajput acknowledged Rhea's post and he wrote in the comments section: "Thank you my rock star."

Sushant Singh Rajput dated Ankita Lokhande for six years before their split in 2016. The actor made his Bollywood debut with the 2013 film Kai Po Che! Sushant is best-known for his performance in M S Dhoni: The Untold Story, Chhichhore, Kedarnath and Sonchiriya among many others. The actor was last seen in Drive, co-starring Jacqueline Fernandez.