Drive Movie Review: This rough and rash thriller has the power to drive even the most undemanding Bollywood fan up the wall with its insipid mix of speed, greed and wild goose chases. 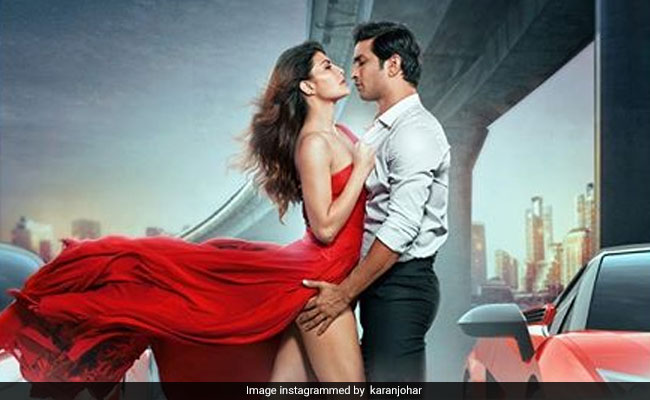 The world has been waiting for a second film from Tarun Mansukhani, the director of Dostana, for over a decade now. It is finally here, but it has gone straight to Netflix, the first-ever Dharma Productions film to do so. Written and directed by Tarun Mansukhani,Drive is a film that runs on empty. It bears absolutely no resemblance to Nicholas Winding Refn's film of the same name, which fetched the Danish filmmaker the best director prize in Cannes in 2011. This one has ‘what-a-waste' written all over it. It should have stayed in the cans.

Drive, streaming from today, is a rough and rash thriller that has the power to drive even the most undemanding Bollywood fan up the wall with its insipid mix of speed, greed and wild goose chases. It is the sort of film in which an array of picture vehicles has no trouble in putting the human actors in the shade. A sizeable percentage of the film's principal characters are either street car racers in their mean machines or are people who nurture the ambition to jump on to the bandwagon.

These speed fiends operate out a warehouse in Delhi. The first few sequences of the film revolves around them as a few of them go for a spin from India Gate to Chhatarpur. Drive, from the word go, swerves well away from the style and substance of the older Ryan Gosling starrer (it was based on a bestselling novel by James Sallis and adapted by the British-Iranian screenwriter Hossein Amini) and opts for unabashedly featherbrained methods in an attempt to whip up excitement. No matter what this film puts on the screen, it only adds to the repetitive ruckus. 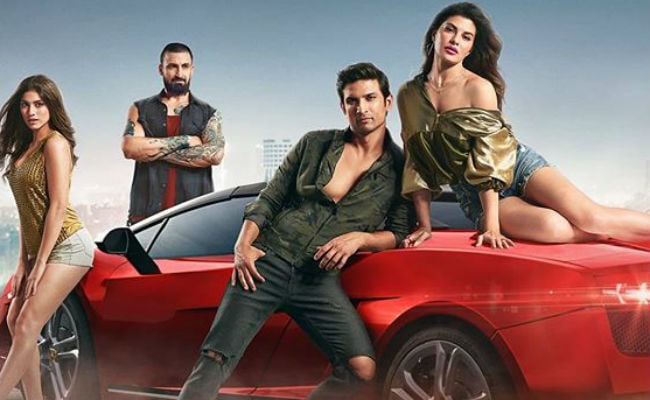 A still from Drive.

The Drive cast is led, mostly astray, by Sushant Singh Rajput and Jacqueline Fernandez. It would, however, be unfair to pin the blame for where this shoddy film ends up on the shoulders of the lead pair alone. The roles are written sans a shred of imagination and the situations conjured up with the aim of delivering thrills only succeed in sending the film towards dead-ends. As one character says of another: he sends us in one direction and then goes the other way. He might as well have been speaking of the film itself. Even actors like Boman Irani and Pankaj Tripathi, who float around like a pair of feckless gumshoes, are at their wit's end in this atrocious action drama about thieves who plan a heist in Rashtrapati Bhavan. Yes, Rashtrapati Bhavan!

But why must Fernandez choose only to strut instead of walk like a normal human being? Or what is the idea behind Sushnat Singh Rajput wearing a perpetually boyish smirk all through the film? Are the actors trying to tell us something? Unfortunately, the wall between what the characters are doing and what the audience is expected to grasp is very high – and thick. Nothing seeps through.

Late in the film, here is what the hero says to the heroine: "I had full faith in you; I knew you would betray me." There is little love lost between them but they do, in what at that precise point seems like a sign of weakness, seal a deal with a kiss. Indeed, that is what the game is between the two principal players on the one hand, and between the duo and a bunch of bumbling pursuers who want to catch them red-handed before they can get to a stash of cash hidden in a secret chamber of President's House.

The money – it adds up, we are told, to 890 crore rupees – is the ill-gotten wealth amassed by Vibha Singh, head of a body called Monetary Restrictions Authority. She takes a 40 per cent cut from high-value tax evaders to give them a clean chit and spirits away the payouts into a vault that only one other person in her office – her right-hand man Hamid (Pankaj Tripathi) – is aware of.

One fine day, Vibha Singh receives a call from the Prime Minister's office instructing her to work with a guy called Irfan (Boman Irani) on an operation to nab a mysterious robber, King, who after he robs a bank, a government facility or a jewellery store, leaves behind a calling card indicating the site of his next raid. Rashtrapati Bhavan is now on King's radar, Irfan announces. 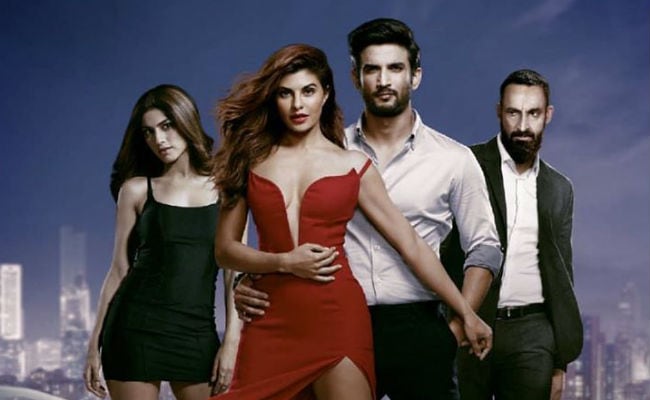 A still from Drive.

The already messy film takes a turn for the worse from here on as silly plans are made, deals are struck and dimwitted robberies are attempted. Amid the hurly-burly, the details cease to matter and the spectacle of unbridled stupidity takes over. In the end, we find ourselves watching four red sports cars zooming up and down an airport runway. A passenger plane about to take off narrowly misses one of the vehicles, while two other cars screech to a stop tantalizingly short of overrunning incomplete flyovers.

Drive is a full-on Bollywood flick. It has a complement of musical set pieces: an item song featuring the heroine, a nightclub number and a dance to mark the wedding of two of the heroine's trusted aides – Bikki (Vikaramjeet Virk) and Naina (Sapna Pabbi). Do not ask what these two hangers-on are in the mix for.

Drive is so utterly pointless that one wonders why on earth it is on a streaming platform. That is a mystery. It will take some doing to crack. In the meantime, steer clear!

(Drive streams on Netflix from November 1)