"I am so happy I can talk to her," said Renee Sen 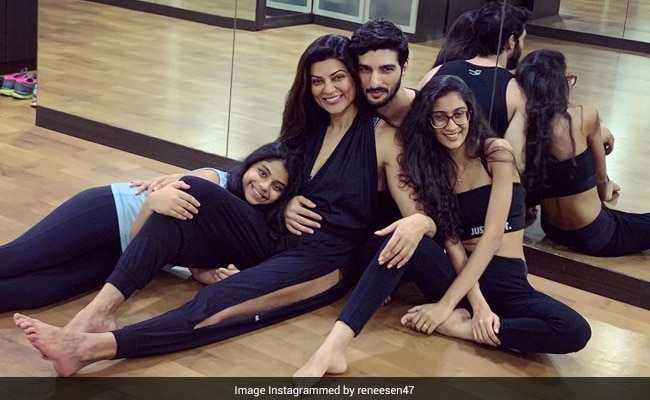 Sushmita Sen's daughter Renee Sen, who made her acting debut with the short film Suttabaazi, in a recent interview with ETimes, speaking about her mom said, "I loved my childhood. I am so blessed. My mom is really relaxed. She values discipline but we, Alisah and I, have our own space. She gives us that. She doesn't pressurise us in any way. She is really motivating. I am so happy I can talk to her." Of the changing equation between the two, Renee said, "Our relationship has changed now that we are in the same field." Sushmita Sen is also a single mom to daughter Alisah - Sushmita adopted Renee in 2000 while Alisah joined the family in 2010. Sushmita Sen has been dating model Rohman Shawl for about 3 years now.

Renee Sen, in an interview with NDTV earlier this year, said, "I am aware of how privileged I am. I know there are lakhs of people coming to Mumbai to become actors. I don't want to boast but being her daughter has been the biggest privilege. So, the biggest disservice I will do if I am dishonest to my work."

On her daughter's acting debut, an excited Sushmita Sen wrote in an Instagram story: "What a feeling to see my little Shona take brave steps towards her dreams...to have the courage do so, all on her own! Here's wishing Kabeer Khurana and the entire cast and crew of Suttabaazi every success. I love you, Renee. What a natural performer... keep growing, learning and enjoying... May you always earn respect first."

Sushmita Sen was crowned Miss Universe in 1994. She made her Bollywood debut in the 1996 film Dastak. She has featured in films such as Biwi No 1, Do Knot Disturb, Main Hoon Na, Maine Pyaar Kyun Kiya and Tumko Na Bhool Paayenge and No Problem. She made her comeback with the web-series Aarya last year, which is streaming on Disney+Hotstar.