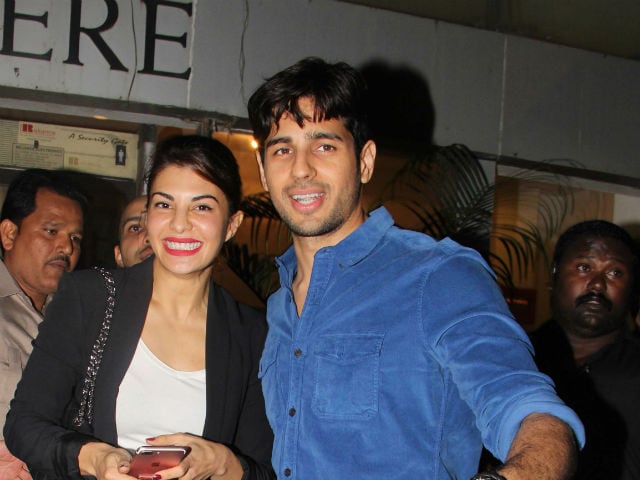 New Delhi: Sidharth Malhotra and Jacqueline Fernandez have wrapped the shoot for their upcoming action film Reload. The movie has been directed by Raj Nidimoru and Krishna DK, who are known for hits such as Shor in the City and Go Goa Gone. The duo had last directed the 2014 movie Happy Ending. The 32-year-old actor shared a group photograph of the film crew on social media. The caption read: 'It's a wrap'. The Housefull 2 actress also shared pictures with the director and the entire team. Reload, directed by Raj Nidimoru and Krishna DK, is scheduled to release in theatres on August 25.

Check out the pictures shared by Kapoor & Sons actor and Brothers actress after the wrap of their movie's shoot.

Don't think I forgot about you DK!! where did your hair go? #reload#august25https://t.co/csbHTMwiOFpic.twitter.com/mjhgWIXEOh

Reload was earlier reported to be a sequel to Hrithik Roshan and Katrina Kaif's 2014 movie Bang Bang!, however the Student Of The Year actor and the movie directors dismissed the rumours.

Promoted
Listen to the latest songs, only on JioSaavn.com
Jacqueline Fernandez was last seen in 2016 film A Flying Jatt opposite Tiger Shroff and her upcoming films are action-comedy Judwaa 2 directed by David Dhawan and Tarun Mansukhani's next opposite M.S Dhoni: The Untold Story actor Sushant Singh Raput.

Jacqueline Fernandez had recently made her debut on Karan Johar's chat show Koffee With Karan with her Reload co-star Sidharth Malhotra.