"It's just like Top Gun. They waited a long time to make another version of that movie," said Reese Witherspoon 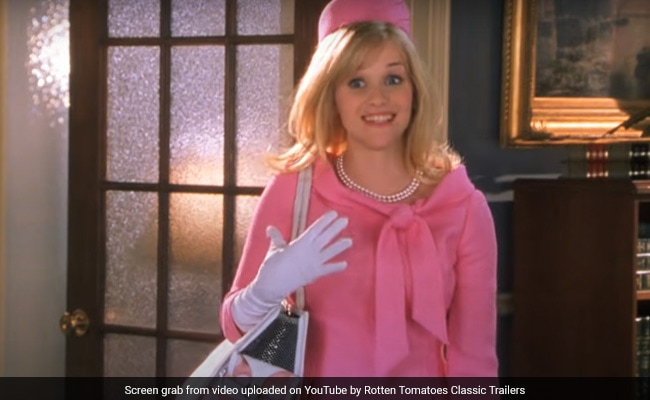 Hollywood star Reese Witherspoon says she remains optimistic about making the third part of Legally Blonde movie series and her confidence was recently bolstered by the success of Tom Cruise's Top Gun: Maverick. During a recent interview with USA Today, Witherspoon talked about the much-awaited third movie, saying she is hopeful that the film will still happen. "I'm still hoping that Legally Blonde 3 is gonna come together in the right way. It's just like Top Gun. They waited a long time to make another version of that movie, and I loved the nostalgia piece they incorporated in it.

"So definitely that gave us a lot of inspiration about what we would want to do with Elle Woods and make sure that we had all those same touchstones that mattered to people (back) then," the 46-year-old actor said.

Top Gun: Maverick, which released in theatres worldwide in May, was a sequel to the 1986 blockbuster of the same name and brought Cruise back in the iconic role of Pete Maverick Mitchell.

Directed by Joseph Kosinski, the film has become the highest grossing film of Cruise's career, amassing over USD 1.3 billion at the global box office.

Legally Blonde 3 was greenlit by Hollywood studio MGM in 2018 but since then, the project has been languishing.

The franchise started with 2001's Legally Blonde, which featured Witherspoon playing the idealistic Elle Woods who follows her boyfriend to a law school in order to win him back.

It was followed by a sequel, Legally Blonde 2: Red, White And Blonde, which was released in 2003.

"I feel like these characters are my friends, so I safeguard them. I would never make the subpar, mediocre version of their story," Witherspoon said.

Kim Kardashian Got A Stomach Tightening Treatment Done: "It's Painful LOL But Worth It"