We see what you did there, Tahira Kashyap 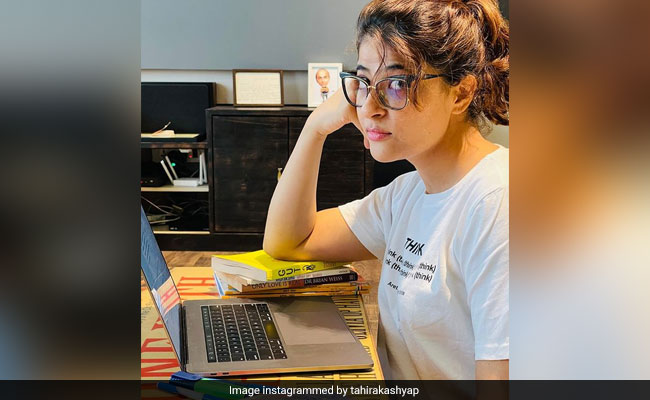 Among the many-fold consequences of the lockdown, blurry vision was what affected writer Tahira Kashyap the most. Posting a picture of herself from her writing desk (laptop -check, books, pens - check and spectacles - no reminders there). Tahira Kashyap, who described herself as a "lockdown writer" in her caption wrote about how the lockdown resulted in getting her specs back, after 9 years. Tahira revealed she got a LASIK (a laser eye surgery) in 2011. The work from home setup does that, you know and the many comments on Tahira's post clearly reflect that. "Relatable," wrote actress Tisca Chopra. "LOL same story," added another Instagram user. Another comment read, "I share the same story... LASIK done in 2011 and got specs back in 2021."

While Tahira Kashyap  is already an established writer, she discovered a set of fans after she started an online storytelling series called 'Lockdown Tales' on Instagram. A section of Tahira's Instafam tried to focus on the brighter side and wrote comments like "Lockdowns have made you so productive as a writer and haven't you heard nerd is the new cool and you my friend are very cool." Another comment read: "I think once again you should start Lockdown Tales. PS_ I am missing those."

Sharing the post, Tahira wrote in her caption: "I certainly am a lockdown writer and it's cost me getting my specs back! 9 years of being specs and lenses free... Sigh this is after getting a LASIK done in 2011." She signed off the post with the hashtag #specy.

Read Tahira Kashyap's post here (get your glasses if required):

Tahira Kashyap has written four books. Her latest book is called The 12 Commandments Of Being A Woman. Tahira wrote her first book I Promise in 2011, followed by her next novel Souled Out She also co-authored husband Ayushmann Khurrana's biography Cracking The Code: My Journey In Bollywood She has also has directed short films like Pinni and Toffee.