"Thanks For Ruining My Attempt To Be A Doctor": Ayushmann Khurrana's ROFL Anniversary Post For Tahira Kashyap 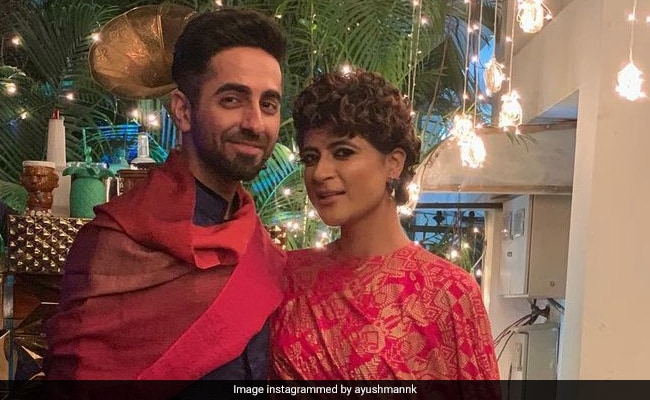 Ayushmann Khurrana, on Monday, wished his wife Tahira Kashyap in the most hilarious way on social media. Their love story started during their class 12 board exams and 20 years later, they are happily married and are parents to two kids. In his anniversary wish for Thira Kashyap, Ayushmann wrote: "This girl was solely responsible for my bad scores in class 12 boards. We decided to date just before our chemistry exam. Had terrible ranks in PMT (Pre Medical Test) and CET (Common Eligibility Test) exams as well. Thank you, Tahira Kashyap, for ruining my attempt to be a doctor" and added: "No no, it's not your fault, I'm just a bad multi-tasker and you on the other hand were so good with it."

Tahira confessed her feelings to Ayushmann during their board exams over a landline phone and Bryan Adams' Inside Out was playing on the stereo in the background at that time. "It was the year 2001, when we heard Bryan Adams' Inside Out on loop, cassette ghis gayi thi. We were also afraid ki parallel line se parents phone na utha len. Aaj do dashak ho gaye. Now you'll ask me what's a dashak? Go figure out! Happy anniv," the actor added in his post.

Earlier in the day, Tahira Kashyap posted a video collage comprising some throwback pictures of herself and Ayushmann Khurrana. In her post, she revealed that she called Ayushmann at 1:48 am on March 15 in 2001 to confess her love and rest is history. "Haters will say it's so cheesy! Well, I have been there too, but it's amazing to be on this side of the spectrum... such a sucker for love I am. Hopelessly in love with you, Ayushmann!" she captioned the video.