"Rare To Get Roles That You Might Have Not Played Before": Parineeti Chopra

"People tend to cast you for the things that they have seen onscreen," said the actress 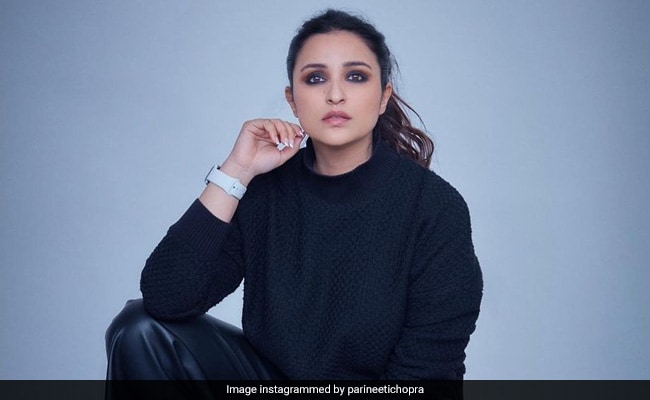 Bollywood star Parineeti Chopra says actors tend to get cast based on their previous work when all they want is to do roles where they can "change things up" and surprise viewers, reported news agency PTI. The 32-year-old actor said she was not the obvious choice for her upcoming thriller The Girl On The Train, which is why it felt liberating to play Mira Kapoor, a complex woman struggling with grief and alcoholism, in the thriller. "It is rare to get roles that you might have not played before because people tend to cast you for the things that they have seen on-screen. So, when you're writing a script, you go 'Oh I want this character, so let's go to that actor because that person has done it in a film'," Chopra told PTI in a Zoom interview. "The habit is to go that person who you've seen do that part before. But actors are in search for something they haven't done before, what other actors are known for," Chopra said.

The Girl On the Train, written by Paula Hawkins, has already been adapted in Hollywood in 2016 with actor Emily Blunt playing the lead role. Parineeti Chopra, who has featured in romantic dramas such as Ishaqzaade, Shuddh Desi Romance, Hasee Toh Phasee and Meri Pyaari Bindu, said she saw the role as a big opportunity in her career. "I was grateful that the makers had that confidence in me that I would be able to do this part. I was not the obvious casting for the role, that for me was a big achievement," she said.

In an industry which relies on convenient casting, the actor said roles such as The Girl on The Train must be acknowledged. "Not everybody gets a mixed bag of offers. Everybody tends to get something in the same world. We must be grateful for opportunities like these, where you can change things up and surprise people," she said.

The Ribhu Dasgupta film will be her first project where the actor will essay a character dealing with grief and emotional complexities. Parineeti Chopra said she worked hard on the character which was in an unfamiliar territory. "With her, no two scenes are the same. She has a new problem in every scene, has a different relationship with every character in the film. Depending on who is standing opposite me, I was a different person. That was so exciting because I felt like I was playing five girls in one. There are layers of alcoholism, being mentally messed up," she said.

The film features an ensemble of Aditi Rao Hydari, Kirti Kulhari and Avinash Tiwari. What made Chopra's experience on the film unique was the willingness of her co-stars to push themselves and interpret characters that are already familiar to viewers through the book and the Hollywood original. "Sometimes people come with a lax attitude. Because they've done the same thing a thousand times, they just give their shot and leave. But here were really hungry actors, who would be willing to give multiple takes, not get worried about getting physically exhausted. Everyone was raw and genuine," she said.

The Girl On The Train is scheduled to release on Netflix on February 26.

parineeti choprathe girl on the train