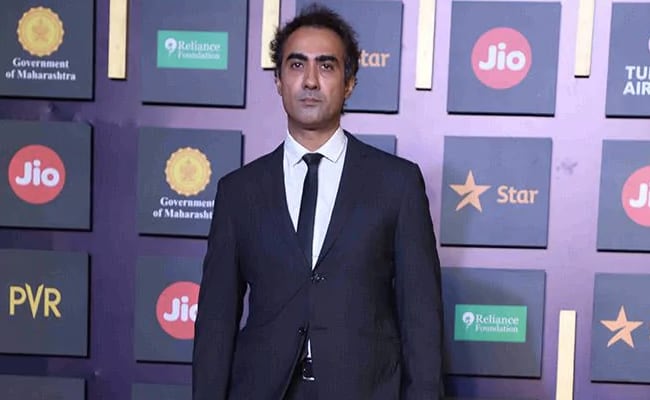 With each passing day, the faultlines in the film industry become abyss-like. Actor Ranvir Shorey began his week with a tweet exposition of how what he calls "The Gang" in Bollywood wield power, detailing their "modus operandi" of exercising control. Mr Shorey, 47, has been vocal about power play and "gatekeepers" among the film fraternity in the weeks since actor Sushant Singh Rajput's death on June 14. He also revealed a personal experience some years ago that left him in "despair" and forced him to leave the country for a while. Mr Shorey used the words "modus operandi" in this tweet, elaborating on it in his thread shared yesterday.

"The Gang," with one of whom he had a bitter experience 15 years ago, is "a mutually beneficial alliance of a few powerful, corrupt, crafty old men, and a few second generation younger producers who have inherited film empires. Their objective is to have control over the top of the pyramid and have pliable stars," Ranvir Shorey tweeted. He also described his alleged tormentor as "holy-moly Dronacharya... except when it comes to covering up the indiscretions and crimes of his own offspring."

The 'modus operandi' that Ranvir Shorey invokes is this - a whisper campaign of "lies and rumours" that will leave vulnerable targets "professionally and socially ostracised." This essentially describes the rumoured boycott of Sushant Singh Rajput that the investigation into his death, allegedly by suicide, is also probing.

"The Gang" is essentially a mutually beneficial alliance of a few powerful, corrupt, crafty old men, and a few second generation younger producers who have inherited film empires. Their objective is to have control over the top of the pyramid and have pliable stars. #Bollywood

Last week, Mr Shorey referred to the "despair" he went through after allegedly being subjected to the "modus operandi" described above:

The despair I went through at the time was enough to break me, but I survived thanks to my family and a few friends. I even had to leave the country because of how toxic the environment got for me.
Coincidence? No.
Modus operandi? Yes.

Ranvir Shorey has named no names in any of his tweets - he explains in one that this is because he has no "explicit evidence" - but it's not difficult for those who follow celebrity gossip to join the dots. At the time he mentions - 15 years ago - Mr Shorey dated and broke-up with actress-filmmaker Pooja Bhatt, daughter of Bollywood heavyweight Mahesh Bhatt. In an interview with Hindustan Times this week, Ranvir Shorey said that he was "isolated" by the Bhatts. "Every chance and every platform they would get, they would be lying about me, saying I am an alcoholic and abuser. You feel so helpless and powerless because these people are so powerful that the press will just listen to them and not even bother calling you for your side of the story," Mr Shorey said.

Ranvir Shorey's tweets follow close on the heels of celebrated composer A R Rahman's claim of being shut out of films because of an alleged campaign of rumours and misinformation against him. After filmmaker Shekhar Kapur explained it as the film industry's alleged resentment of Rahman's Oscar wins, sound engineer Resul Pookutty also weighed in with his own claim of having lost work in the Hindi film industry. Both Rahman and Mr Pookutty won their Oscars for the film Slumdog Millionaire.