Ranveer Singh saw the trailer of his upcoming film Padmavati in 3D and he said: "It was jaw-dropping" 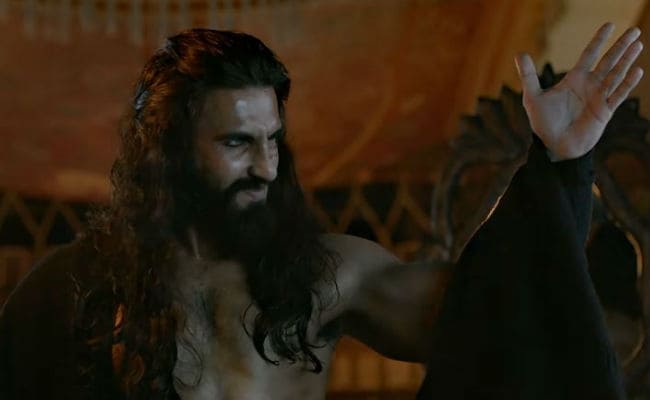 New Delhi: Ranveer Singh saw the trailer of Padmavati in 3D, also himself in 3D, for the first time and his reaction was: "Holy smokes! It was jaw-dropping! Pretty b*da*s." The 32-year-old actor plays the role of Alaudin Khilji in the Sanjay Leela Bhansali-directed film. Deepika Padukone plays the titular Rani Padmini while Shahid Kapoor plays Maharawal Ratan Singh. Ranveer Singh is a busy star, who found some leisure time to tweet today and therefore listed the 'first evers' of his life - saw himself in 3D, Got stung by a bee and also first day of the rest of his life (that's what he says).

In other firsts, it's also the first day of the rest of my Life. Ok, now I'm done.

The trailer of Padmavati (in 2D) has crossed 50 million views. The film's cast is elated with the response, which is stupendous considering the controversy around its release. Here's what Deepika Padukone posted earlier in the day:

50 million+ views for #PadmavatiTrailer !!! we can't thank you'll enough for the love!!!@FilmPadmavati#SLB@RanveerOfficial@shahidkapoorpic.twitter.com/VOQ1wA3GbX

Apart from the trailer, the makers of Padmavati have released the film's first song, titled Ghoomar. Of course, its stunning and winning the Internet:

Promoted
Listen to the latest songs, only on JioSaavn.com
Padmavati, which is expected to hit the screens on December 1, is the story of Rani Padmini of Chittor, who performed jauhar after the defeat of her husband against the army of Alauddin Khilji. Members of Rajput Karni Sena have threatened to disrupt the release of Padmavati alleging that the film has misrepresented historical facts.